Denver is on the road playing Milwaukee at the Fiserv Forum stadium on Wednesday, 1/25/2023 @ 8:00pm EST. Milwaukee -6.5 was the opening favorite and line hasn't moved.

This should be a great game between 2 of the best teams in the NBA. The Nuggets come into this one having won 10 of their last 11 games. Nikola Jokic could be well on his way to win his 3rd consecutive MVP. The Bucks are currently 3rd in the Eastern Conference standings and have won 3 of their last 4 games. Giannis Antetokounmpo was Milwaukee’s leading scorer in their last game with 29 points. This should be an evenly matched game, so the 6.5 spread is surprising to me. I think that is too many points for the Bucks to cover vs a good Nuggets team. Take Denver to at least cover the +6.5. 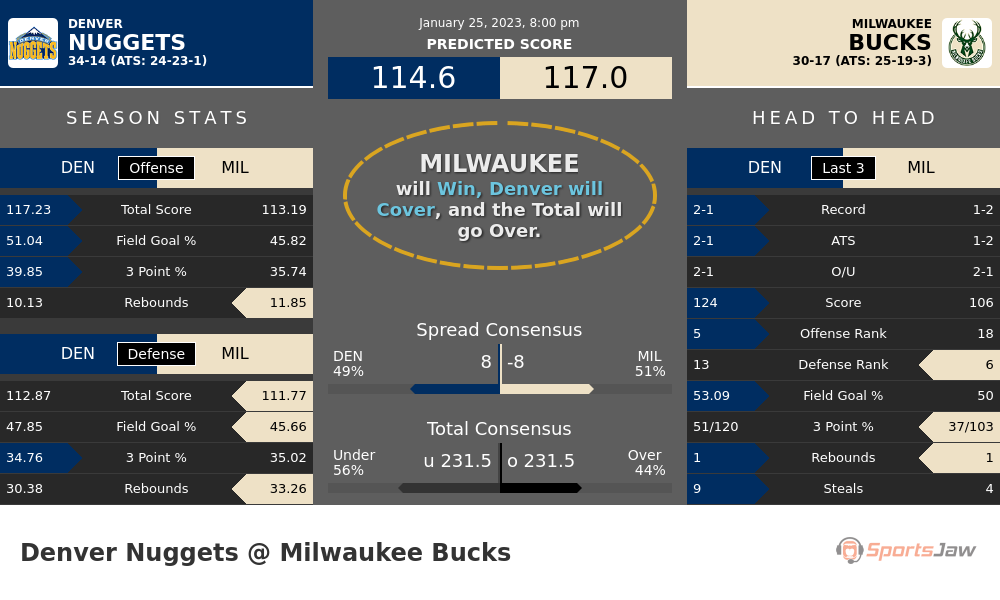 The Nuggets have a slightly better offense and both teams have a compariable defense. The Nuggets won more games straight up and against the spread over their last 3 matchups. Adjusted score predictions based on power rankings and strength of schedule: Nuggets 115 to Bucks 117. 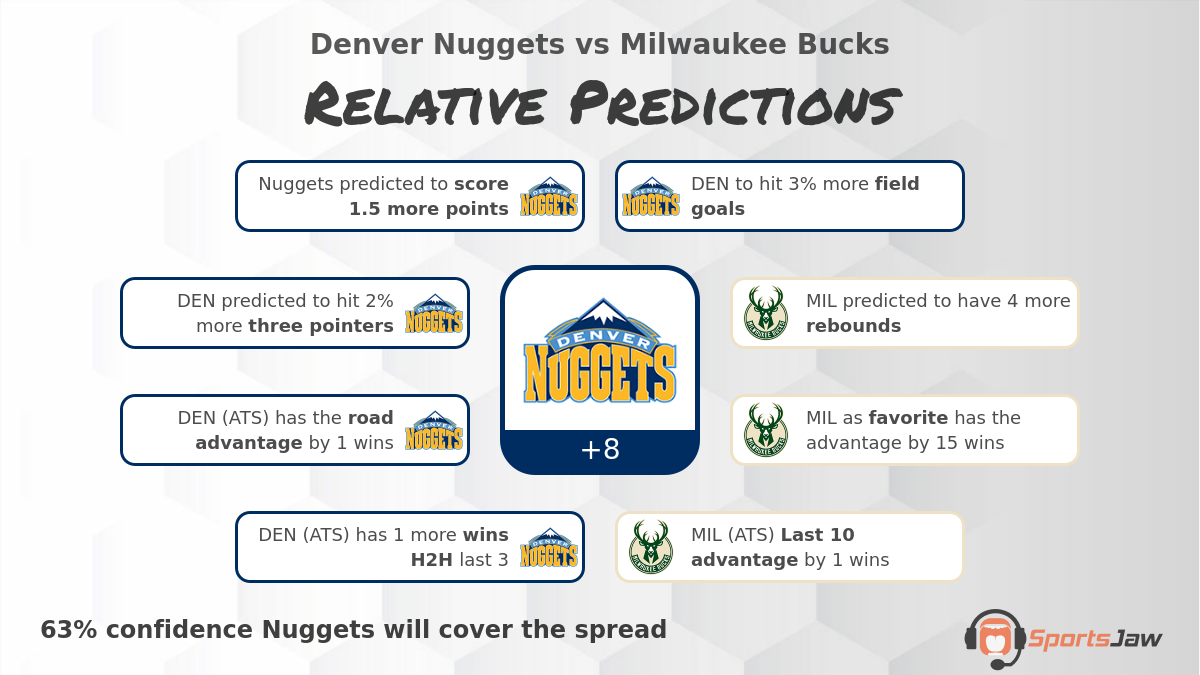 After crunching 8 relative data points, our relative predictions model has a 63% confidence Nuggets will cover the spread - view the Denver vs Milwaukee infographic for details on this prediction.