Loyola of Chicago vs Harvard Predictions

Our prediction: Ramblers 66 to Crimson 72. 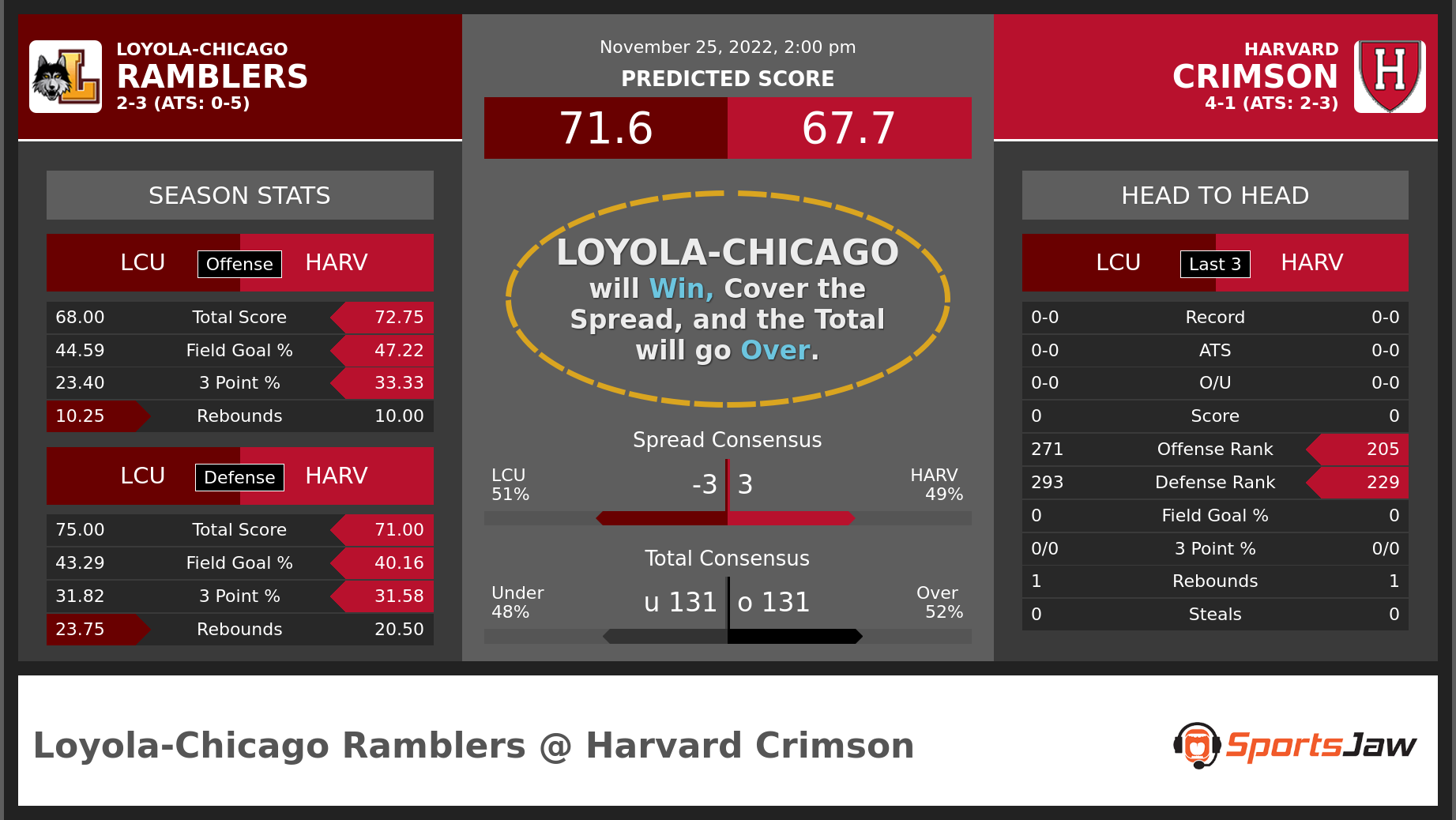 Adjusted score predictions based on power rankings and strength of schedule: Ramblers 72 to Crimson 68.