Oklahoma is on the road playing Nebraska at the State Farm Field House stadium on Thursday, 11/24/2022 @ 5:00pm EST. Oklahoma -5.5 was the opening favorite and current line is Oklahoma -6.5.

Our prediction: Sooners 72 to Cornhuskers 76.

The Cornhuskers have a balanced scoring attack with three players averaging double figures in scoring led by Griesel at 13 points, Sooners are a solid team, this will be a close game and will be a back and forth game!
TAKE NEBRASKA+6 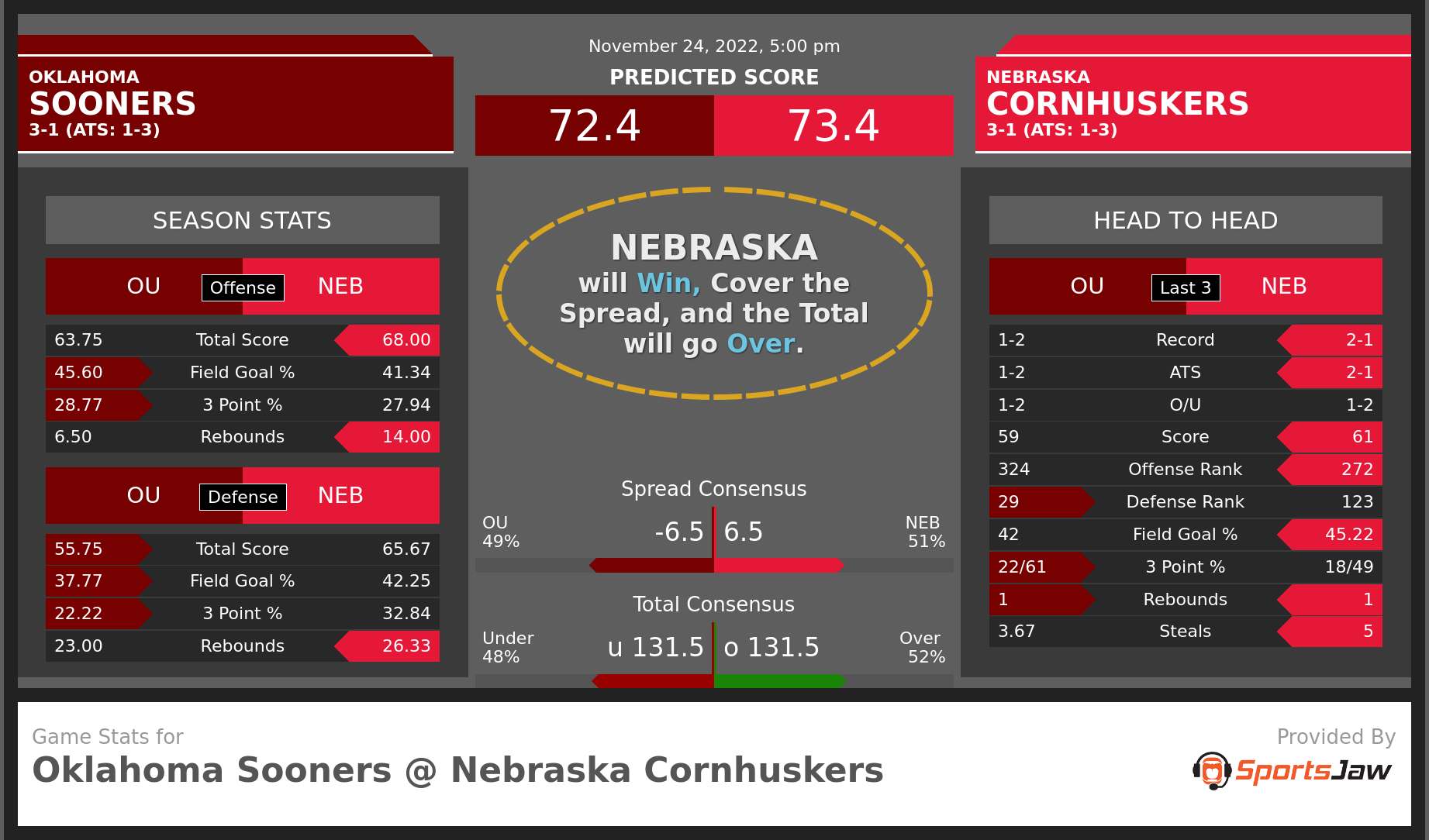 Adjusted score predictions based on power rankings and strength of schedule: Sooners 72 to Cornhuskers 73.