It's a battle of Golden State teams on the hardwood when two teams from the Big West meet. On Thursday night, the UC Davis Aggies will take on the CSU Bakersfield Roadrunners on the road. The previous game UC Davis played at home against Cal Poly ended 65-63, but UC Davis failed to cover the point spread. UC Santa Barbara dumped CSU Bakersfield 76-58 on the road, failing to cover as a 17-point underdog. A 67-48 Aggie victory on January 7 marked the first meeting between these programs this season, and the Aggies own a 5-0 advantage in the series all-time.

UC Davis beat Cal Poly at home in their previous game on Saturday for their fifth win in six games. With a 12-8 overall record and a 5-3 Big West record, the Aggies are tied for fifth in the conference, two games behind UC Santa Barbara. UC Davis trailed by 12 points in the first half and by nine points at halftime against Cal Poly. With 4:49 left to play, the Aggies trailed 63-50, but held the Mustangs scoreless to win. In the win, UC Davis shot 42.6% from the field, including three of 11 three-pointers, and missed 12 of 28 free throw attempts. Ty Johnson led the Aggies with 21 points, three assists, and four steals.

There is a distinct clash of styles in this game based on the numbers. The Aggies are good offensively, but mediocre on defense. As a result, the Roadrunners rank among the worst offensive teams in the country while ranking among the top defensive teams. They are in trouble if they don't play defense up to their normal standard, since they don't have the offensive production to win games. They lost to the Gauchos Saturday, a prime example of how things have been going. The Aggies are playing well under Jim Les, who led them to a win over Cal Poly a few days ago. This is UC Davis' second victory in a row over UC Berkeley, and they sweep the season series.

Our prediction: Aggies 78 to Roadrunners 63. 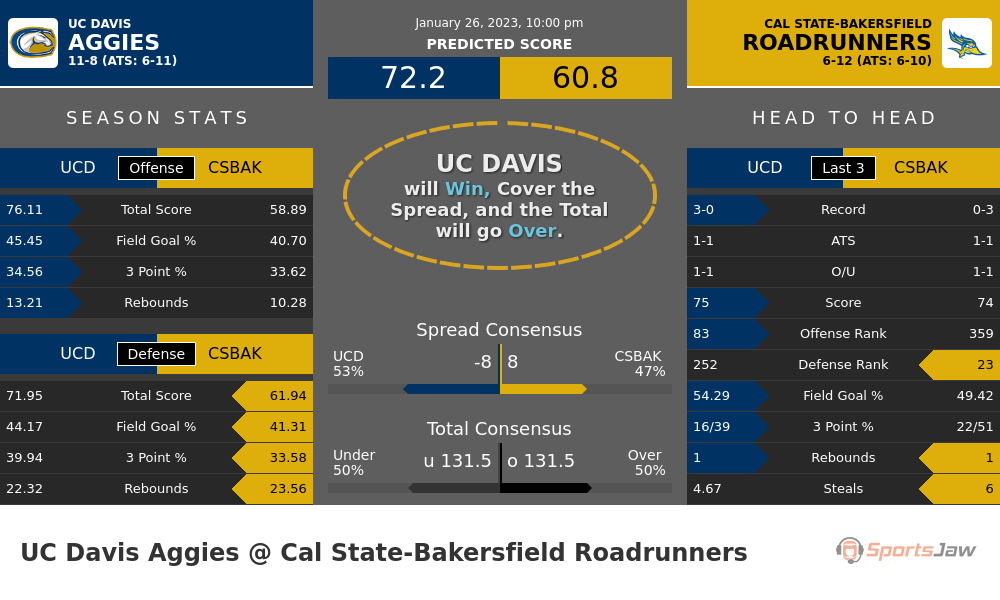 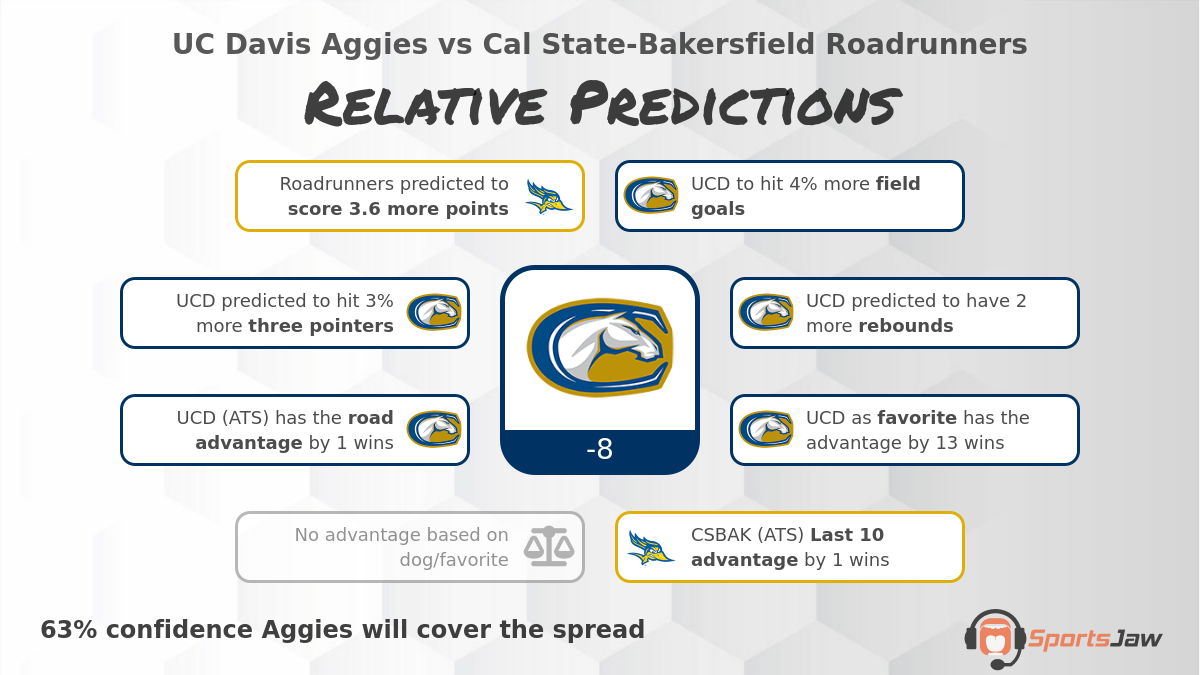 After crunching 8 relative data points, our relative predictions model has a 63% confidence Aggies will cover the spread - view the UC Davis vs CSU Bakersfield infographic for details on this prediction.