Not sure why this line is dropping towards Arkansas St but I like the value here with Southern Miss at only -11. Arkansas State is terrible and has gotten worse as the season has progressed, and don’t expect things to change on the road, where they lose by an average of 11.6 points. Southern Mississippi is the team to beat in the conference, and it covers numbers at home, where it also wins by an average of 20 points and holds teams to 40 percent shooting. Give me Southern Miss in a route. 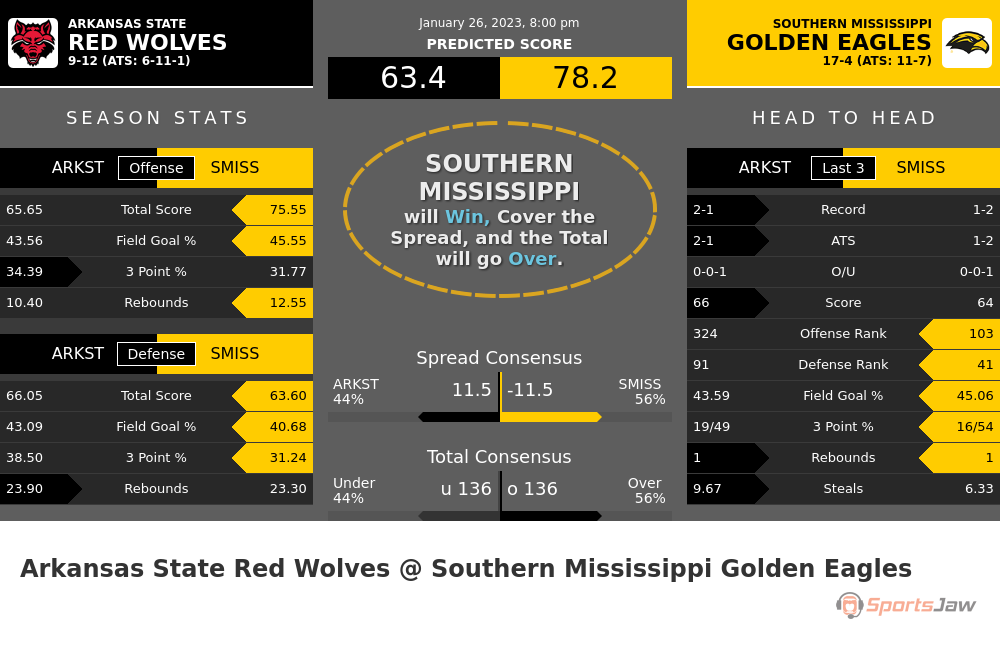 The Golden Eagles have a stronger offense and both teams have a compariable defense. The Red Wolves won more games straight up and against the spread over their last 3 matchups. Adjusted score predictions based on power rankings and strength of schedule: Red Wolves 63 to Golden Eagles 78.

After crunching 8 data points, our relative predictions model has elected to not make a prediction on this game - view the Arkansas St. vs Southern Miss. infographic for details.