Charlotte is on the road playing Rice at the Tudor Fieldhouse stadium on Thursday, 1/26/2023 @ 8:00pm EST. Rice -1 was the opening favorite and line hasn't moved. 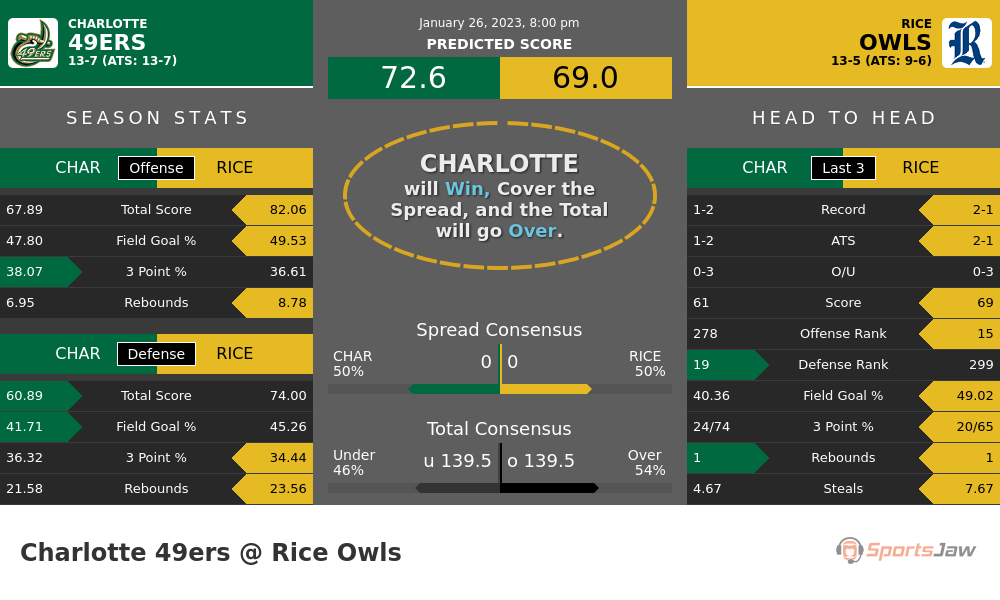 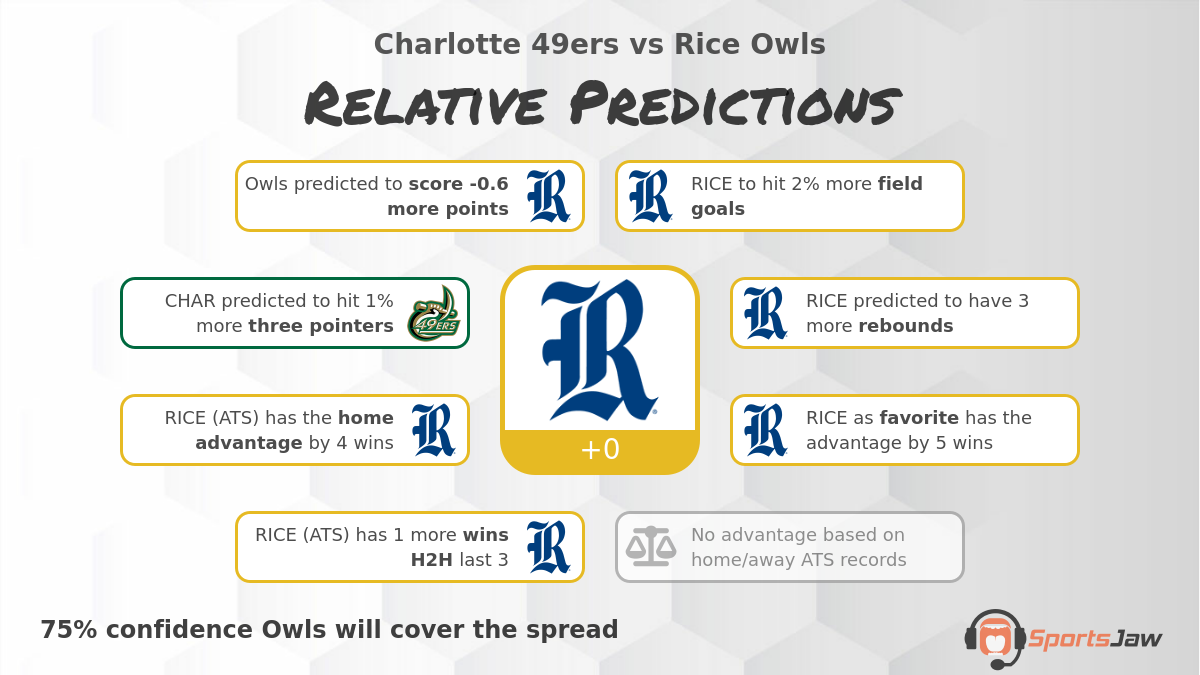 After crunching 8 relative data points, our relative predictions model has a 75% confidence Owls will cover the spread - view the Charlotte vs Rice infographic for details on this prediction.