The Panthers aim to win the regular-season championship

Early in the season, Milwaukee lost three of its first five games against tough non-conference opponents. The Panthers have won eight of their first 10 games against Horizon League opponents. A 1.5-point favorite, they failed to take care of business against Wright State in overtime in the first meeting between these teams earlier this month. In the weeks since then, the Panthers have responded well, winning four-point favorites Robert Morris and four-point underdogs Youngstown State. In this game, they are tied with Northern Kentucky at the top of the conference standings.

A season sweep is within reach for the Raiders

Despite winning four of its first five games, Wright State has struggled during most of conference play. After losing each of their first three Horizon League games, the Raiders won four of their next five to get back to .500. Since beating Milwaukee in overtime last week, they have dropped back-to-back games, falling to Fort Wayne and Cleveland State. In both of those games, the Raiders were 3.5-point favorites, but they lost by three possessions. In their last eight games, they have covered the spread only twice.

As a small favorite, Wright State has a reasonable chance of sweeping the regular-season series. It may not be a wise idea to back the Panthers on the road in this spot. This is after the Raiders already beat a Milwaukee team on the road that had been excellent at home. It is difficult to predict how they will fare against an experienced Wright State squad. This is because Wright State is eager to regain its Horizon League title position against one of the most inexperienced teams in the country. Recently, the Raiders have won nine of the 11 meetings between the two teams.

Our prediction: Panthers 73 to Raiders 81. 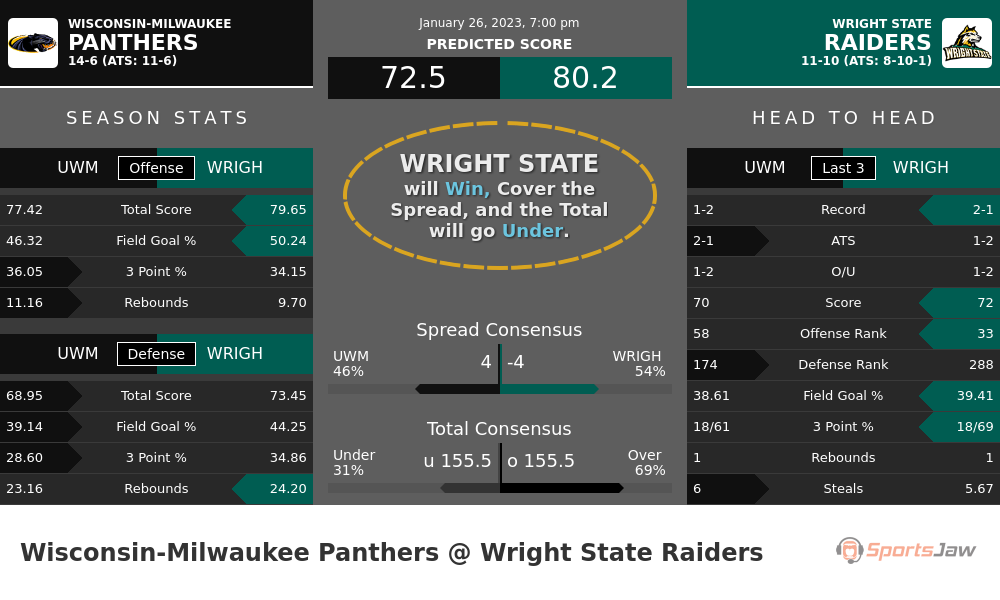 Both teams have a compariable offense and the Panthers have a slightly better defense. The Raiders won more games straight up while Panthers won more ATS over their last 3 matchups. Adjusted score predictions based on power rankings and strength of schedule: Panthers 73 to Raiders 80. 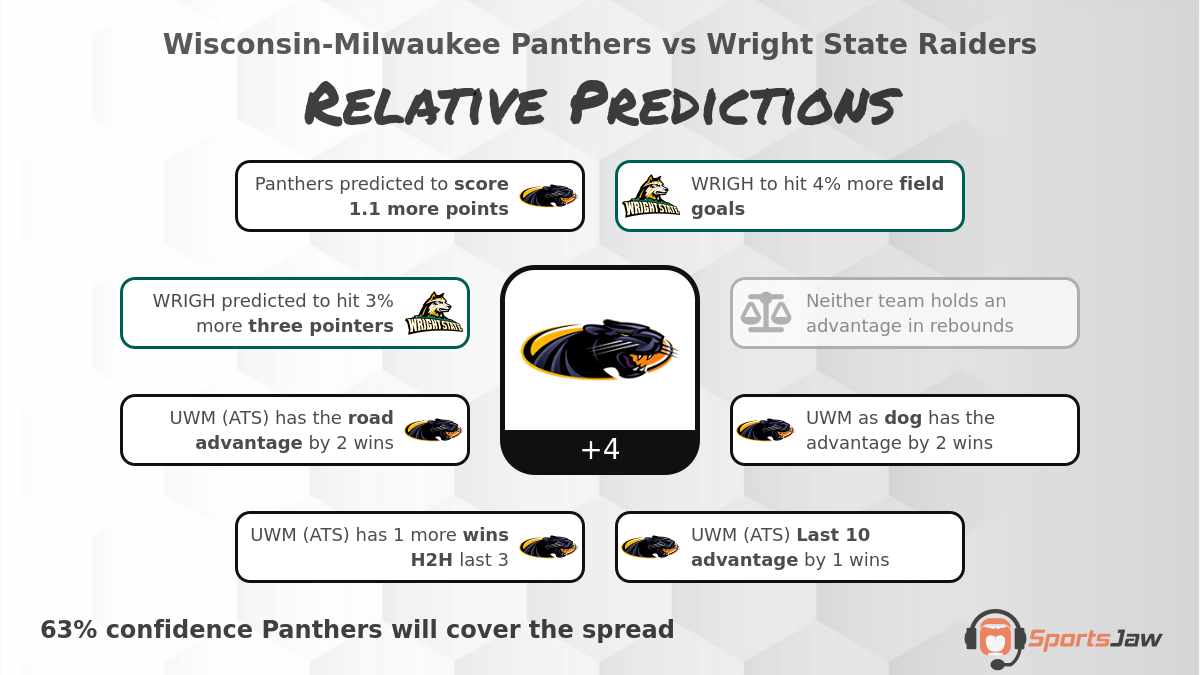 After crunching 8 relative data points, our relative predictions model has a 63% confidence Panthers will cover the spread - view the Milwaukee vs Wright St. infographic for details on this prediction.