The defense of Coastal Carolina needs to be tightened

The offense of James Madison is difficult to contain

On the season, James Madison is 12-6 ATS and has covered the spread in two of his previous three games. Currently, the Dukes have an offense that scores an average of 84.5 points per game, which is fifth highest in the nation, along with 48.4% of field goals made. The Chanticleers have failed to beat the spread in two of their last three road games. In two of its last three road games, Coastal Carolina has failed to beat the spread, and the Chanticleers give up too much on defense. They allow an average of 71.8 points per game. James Madison allows only 29.7 boards per game, compared to Coastal Carolina's 32.7 rebounds per game, which is 272nd.

Our prediction: Chanticleers 65 to Dukes 75. 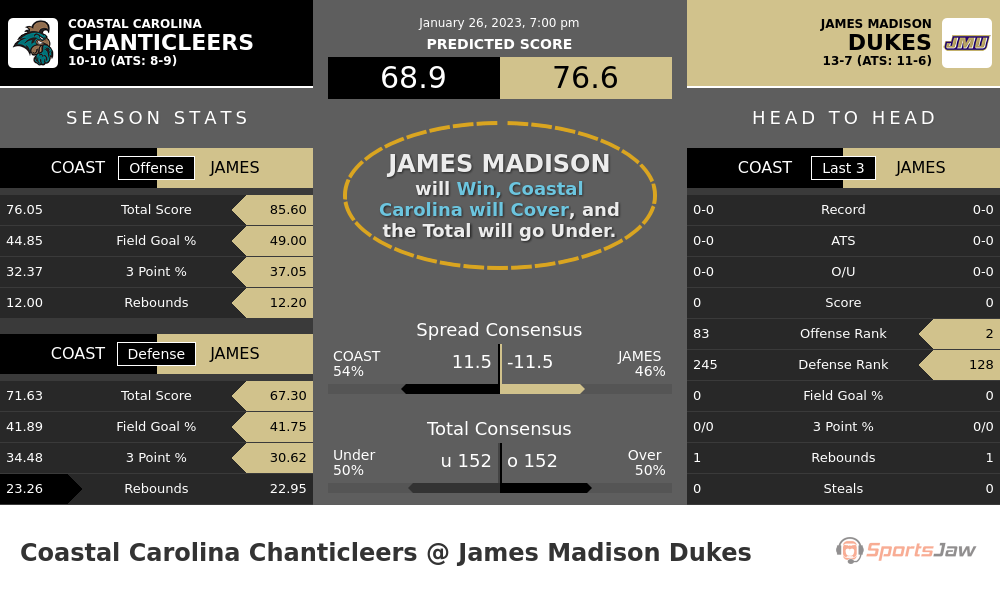 The Dukes have a stronger offense and the Dukes have a slightly better defense. The Panthers won more games straight up and against the spread over their last 3 matchups. Adjusted score predictions based on power rankings and strength of schedule: Chanticleers 69 to Dukes 77. 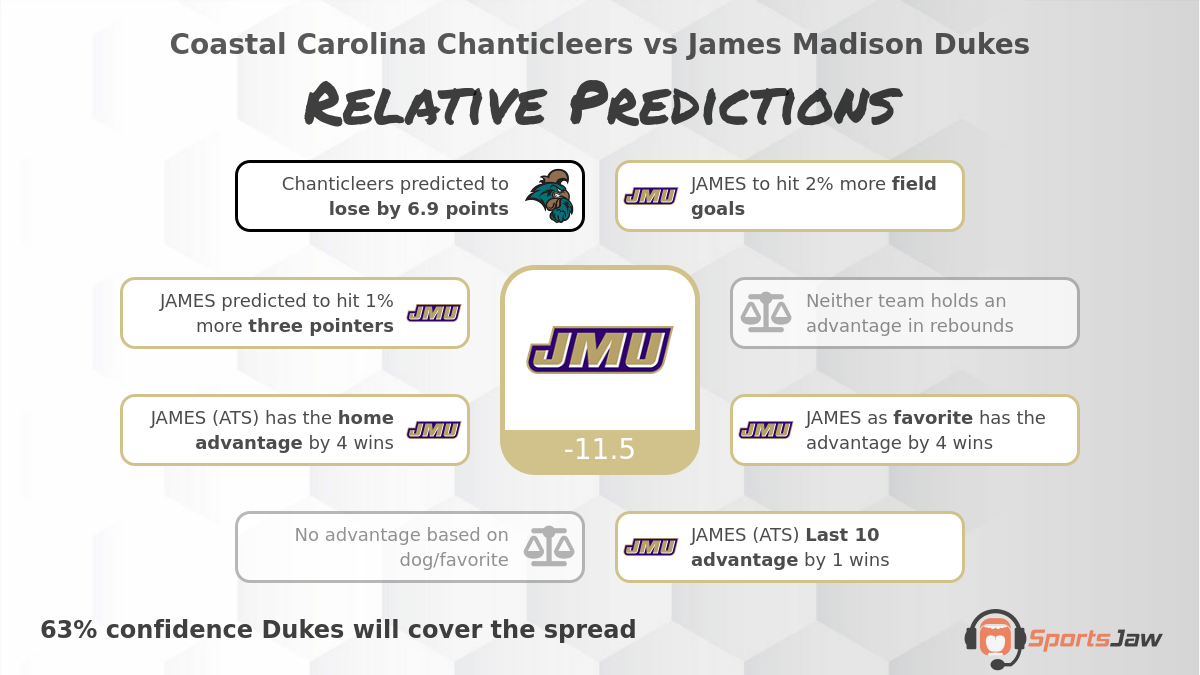 After crunching 8 relative data points, our relative predictions model has a 63% confidence Dukes will cover the spread - view the Coastal Carolina vs James Madison infographic for details on this prediction.