Our prediction: Coyotes 73 to Leathernecks 86.

Take Western Illinois to cover at home here tonight! They are 6-1 ATS in their last 7 home games, & 4-1 ATS their last 5 overall! While South Dakota is 0-4 ATS their last 4 road games and 0-7 ATS on the road for the year! 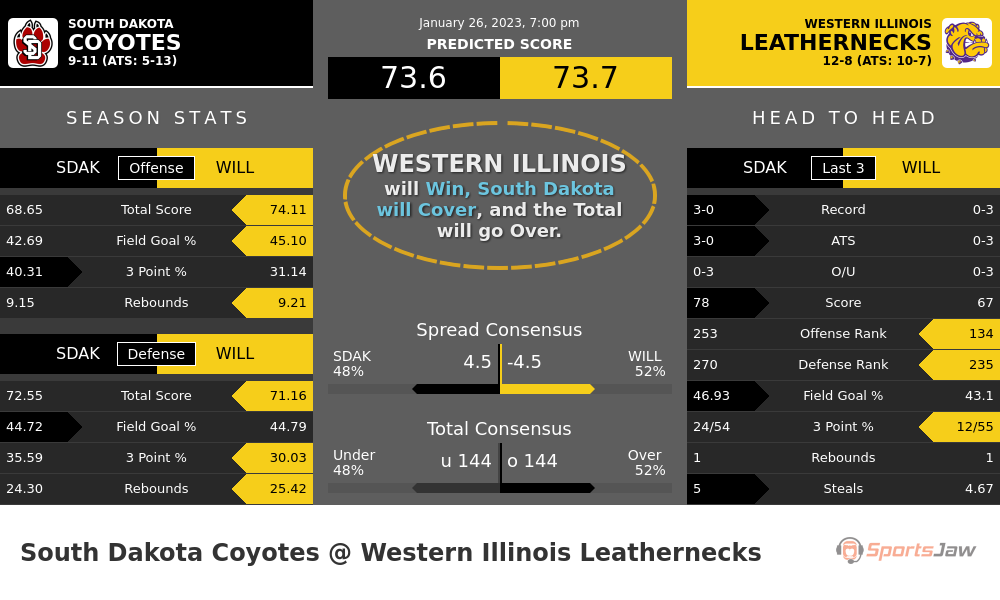 The Leathernecks have a slightly better offense and both teams have a compariable defense. The Coyotes won more games straight up and against the spread over their last 3 matchups. Adjusted score predictions based on power rankings and strength of schedule: Coyotes 74 to Leathernecks 74. 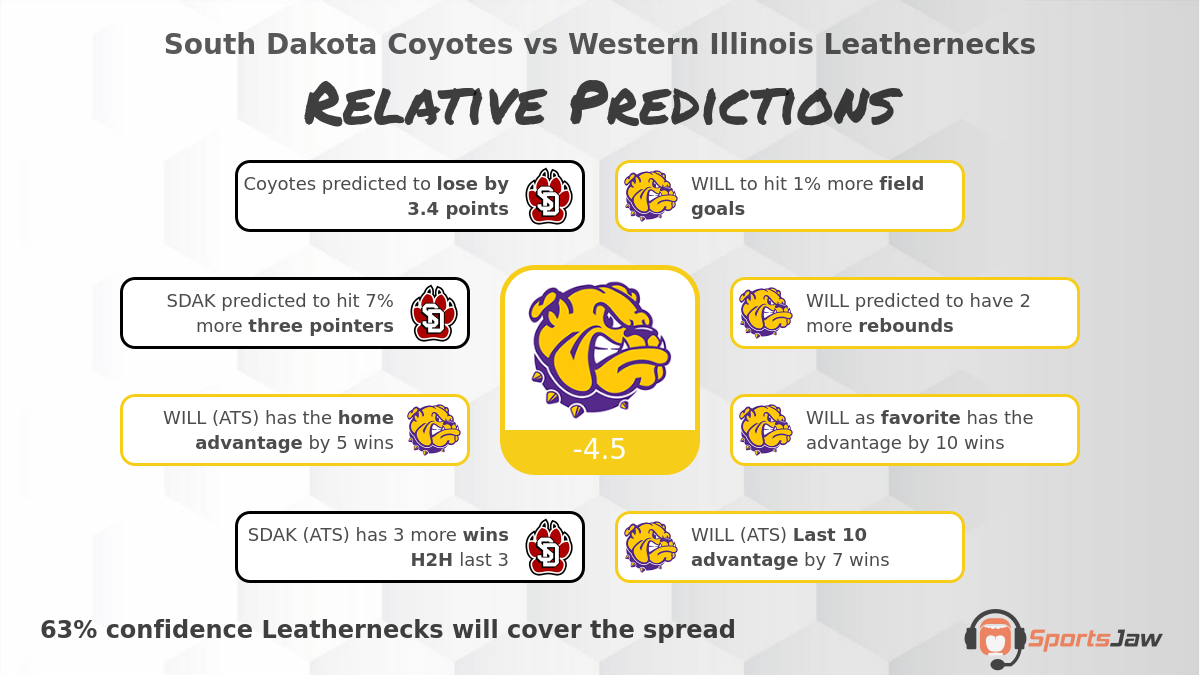 After crunching 8 relative data points, our relative predictions model has a 63% confidence Leathernecks will cover the spread - view the South Dakota vs Western Illinois infographic for details on this prediction.