With a disappointing 4-17 straight up record and 15 losses against the spread, Evansville has struggled since the start of the season. However, Belmont is 15-6 straight up and leads the Missouri Valley Conference with Southern Illinois even though they are only 11-8-1 against the spread. The Purple Aces average 61.9 points per game, nearly 14 points more than Evansville's defense allows. The Belmont Tigers have covered the spread in each of their last two games, and in five of their last six, while Evansville has covered the spread just twice in ten games. Overall, Evansville's shooting percentage is 39.8%, which is one of the lowest in the country 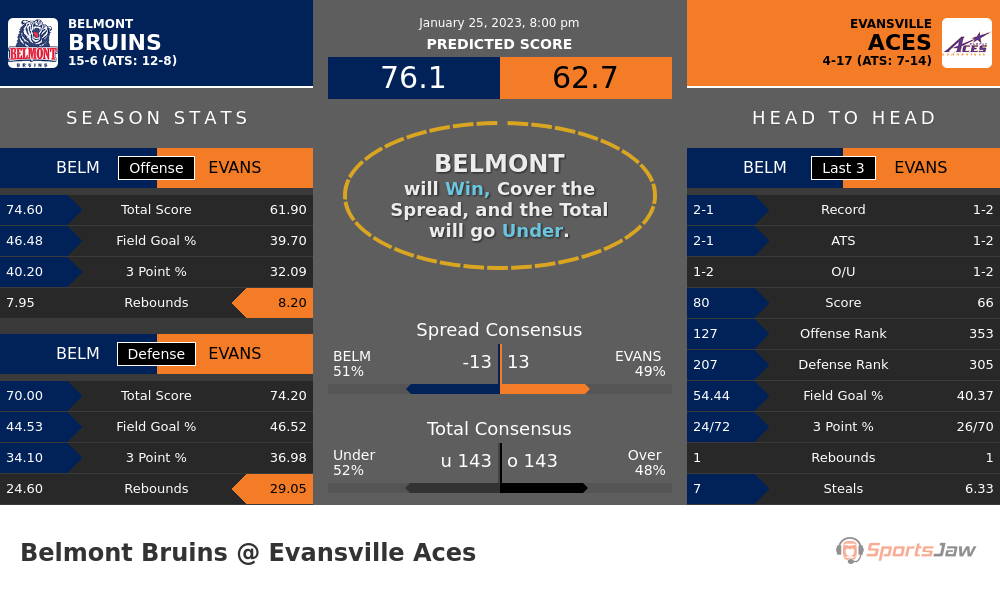 have a significantly better offense and the Bruins have a slightly better defense. The Bruins won more games straight up and against the spread over their last 3 matchups. Adjusted score predictions based on power rankings and strength of schedule: Bruins 76 to Aces 63. 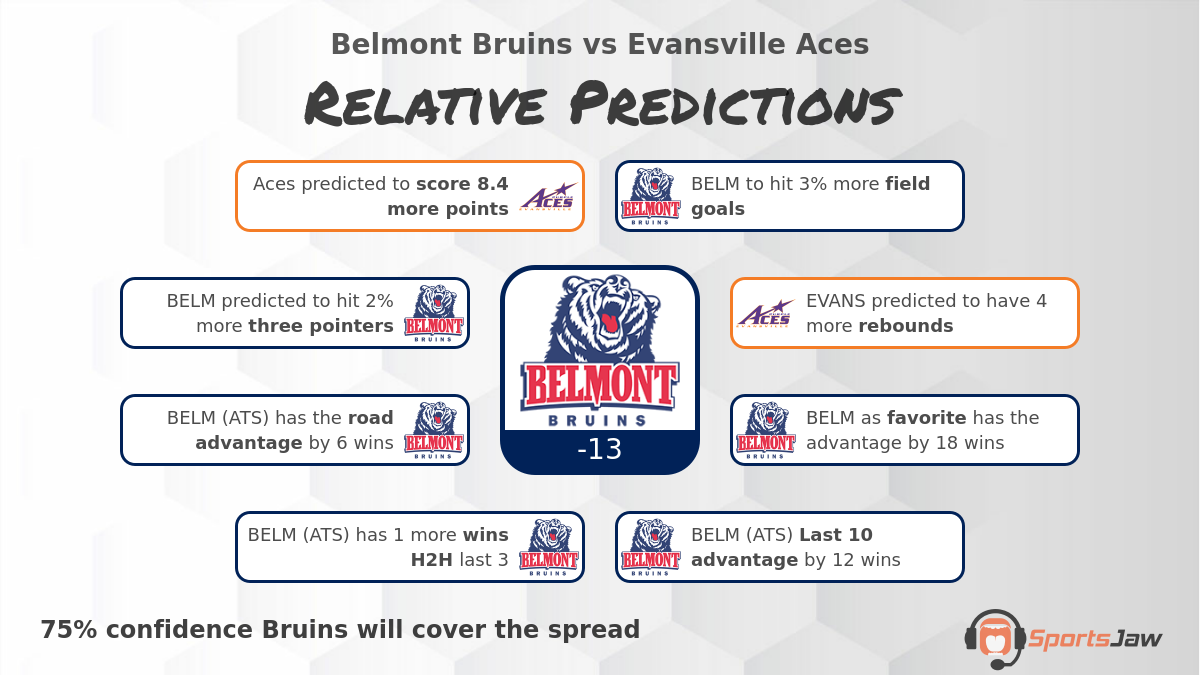 After crunching 8 relative data points, our relative predictions model has a 75% confidence Bruins will cover the spread - view the Belmont vs Evansville infographic for details on this prediction.