East Tennessee St. is on the road playing Mercer at the Hawkins Arena stadium on Wednesday, 1/25/2023 @ 7:00pm EST. Mercer -5 was the opening favorite and line hasn't moved.

Our prediction: Buccaneers 68 to Bears 84. 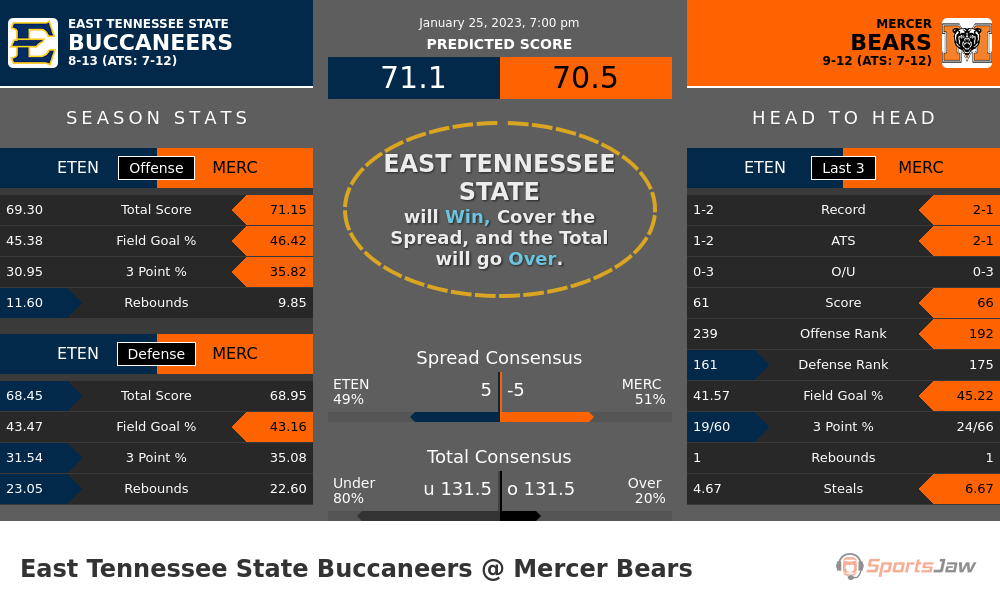 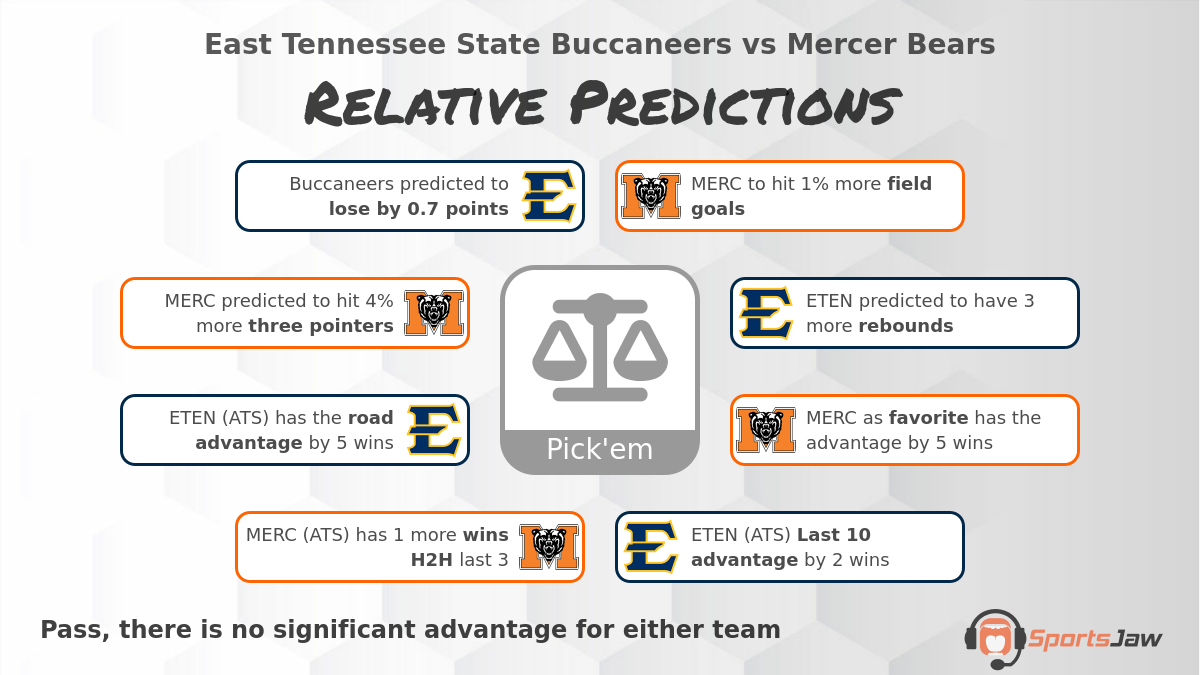 After crunching 8 data points, our relative predictions model has elected to not make a prediction on this game - view the East Tennessee St. vs Mercer infographic for details.