Citadel will play the Catamounts with an 8-12 overall record. The Bulldogs have played 11 games on the road, with a 4-7 record. In 15 games this season, Citadel has been the underdog, with a record of 4-11. The Bulldogs are currently listed as 6.5-point underdogs by the oddsmakers. The Bulldogs' leading scorer is Stephen Clark, who averages 16.9 points per game. At 6.7 rebounds per game, Clark is Citadel's top rebounder in addition to his scoring contributions. With an average of 14.95 points per game, Austin Ash is the team's second-leading scorer behind Clark. The average percentage of shots he hits is 37.8% and he averages 5.1 boards per outing.

The Western Carolina Catamounts will compete against Citadel today for the 22nd time this season and have an overall record of 11-10. A record of 8-3 has been achieved by the Catamounts when they have been the home team 11 times. There is a betting line in favor of the Catamounts of -6.5 points. The Western Carolina Wildcats are 3-2 on the season and are favored to win in five games. The Catamounts' leading scorer, Tyzhaun Claude, averaged 15.05 points per game heading into today's game. Claude has not only contributed to Western Carolina's scoring, but he has also been the team's top rebounder at 8.33 boards per game. Vonterius Woolbright, who scores 14.0 points per game, is second on the team in scoring behind Claude. The average number of boards he adds per game is 7.2, and he makes 46.4% of his shots.

Our prediction is that the Western Carolina Catamounts will cover the spread and pick up the win in this matchup as -6.5 point favorites. It is expected that both teams will look to get shots from outside, as Western Carolina and Citadel are averaging 10.0 and 10.71 made 3's per game, respectively. One trend that we feel strongly about is the fact that Western Carolina has historically performed well against the spread at home, winning 6-4 ATS (last 10). Getting a wager down on the Catamounts at -6.5 before tonight's matchup is recommended.

Our prediction: Bulldogs 79 to Catamounts 72. 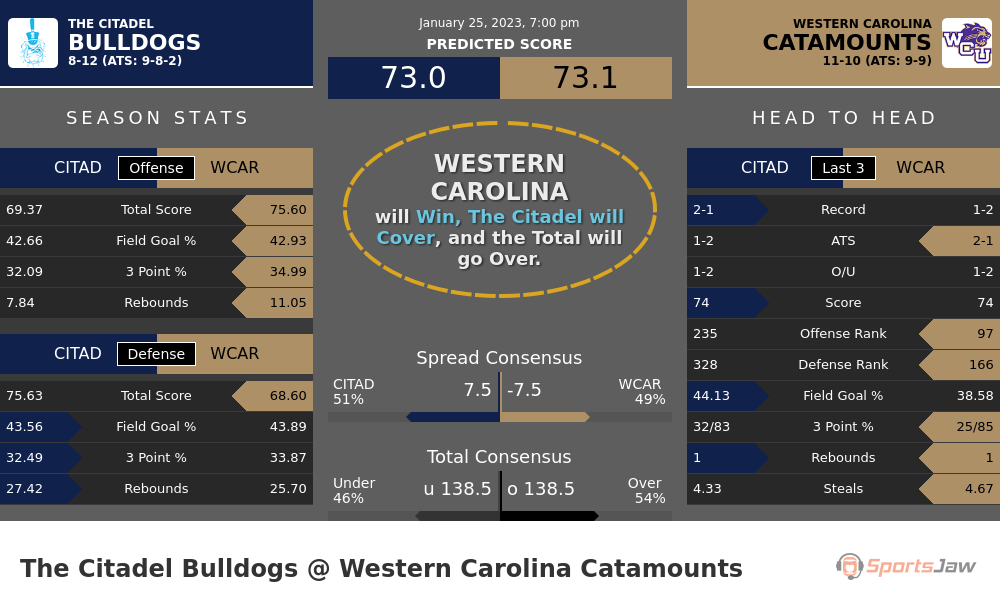 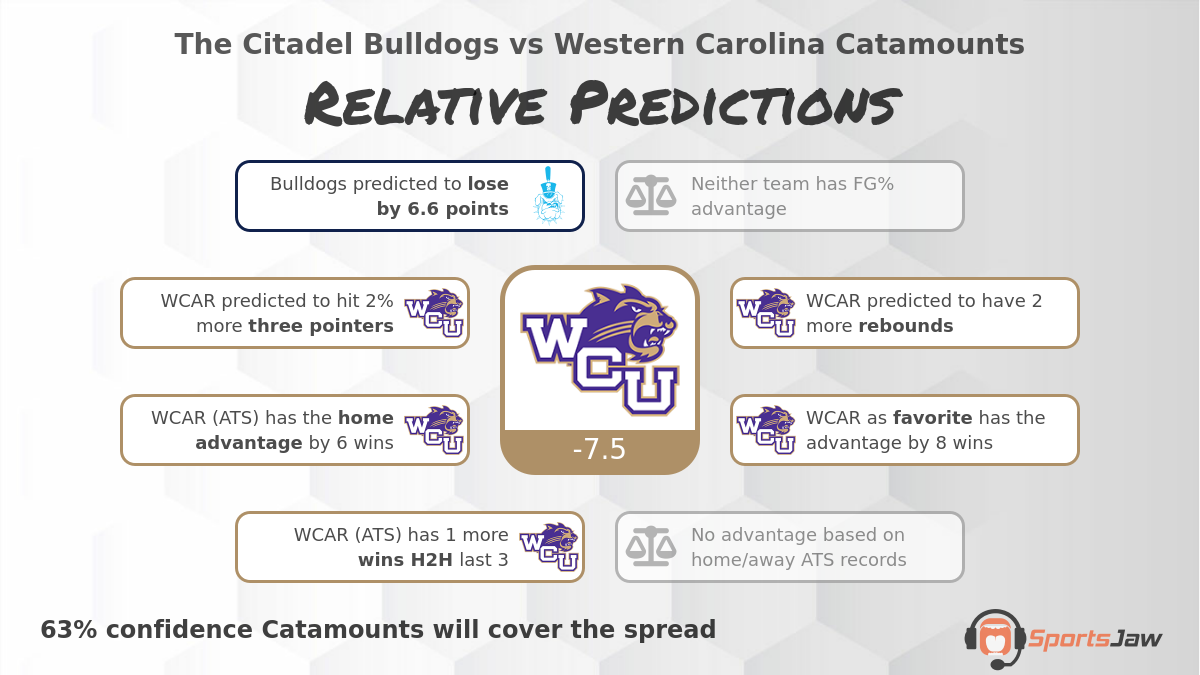 After crunching 8 relative data points, our relative predictions model has a 63% confidence Catamounts will cover the spread - view the The Citadel vs Western Carolina infographic for details on this prediction.