Northwestern is on the road playing Nebraska at the Pinnacle Bank Arena stadium on Wednesday, 1/25/2023 @ 7:00pm EST. Northwestern -1 was the opening favorite and current line is Northwestern -2.

Scorecasteralgorithmic predictions factor in up-to-date player injuries for both the Wizards and Rockets, plus recent team & player performances and defensive & offensive matchups from recent history.

I’ll take northwestern with these odds on moneyline anyday. Nebraska team is weak. 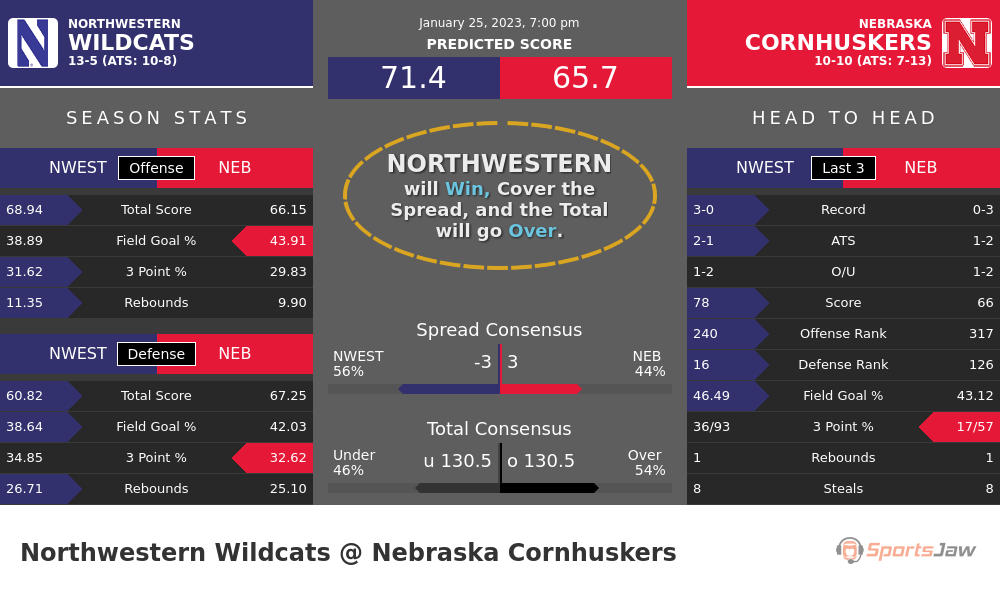 Both teams have a compariable offense and the Wildcats have a slightly better defense. The Wildcats won more games straight up and against the spread over their last 3 matchups. Adjusted score predictions based on power rankings and strength of schedule: Wildcats 71 to Cornhuskers 66. 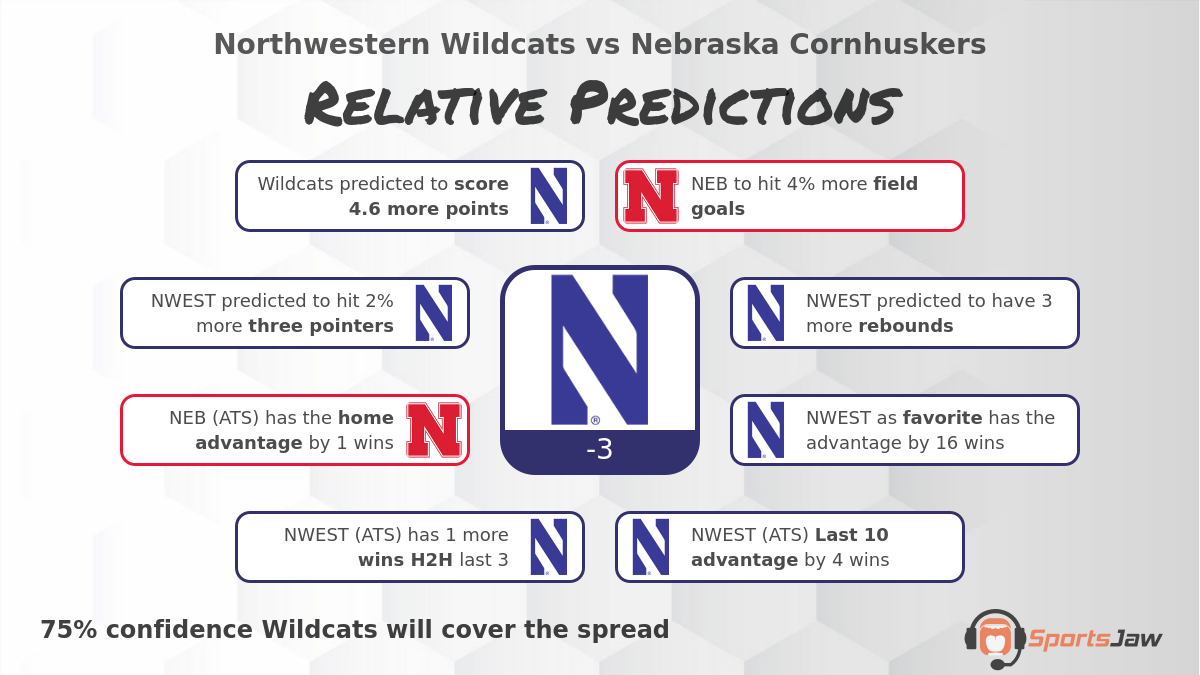 After crunching 8 relative data points, our relative predictions model has a 75% confidence Wildcats will cover the spread - view the Northwestern vs Nebraska infographic for details on this prediction.