IUPU-Indianapolis is on the road playing IPFW at the Allen County War Memorial Coliseum stadium on Wednesday, 1/25/2023 @ 7:00pm EST. IPFW -17.5 was the opening favorite and current line is IPFW -18.

Thursday night, the Purdue Fort Wayne Mastodons conclude a short two-game homestand against IUPUI in Indianapolis, IN. Following a four-point loss to Milwaukee to end a two-game winning streak, PFW comes into Thursday five games above .500. As a result of making 48.3% of their shots in the game, Milwaukee scored 74 points against the Mastodons. Despite scoring 70 points, Purdue Fort Wayne only shot 38.7% from the floor and 68.4% from the free throw line. In addition to his team-leading 4.2 assists per game, Jarred Godfrey averages 16.5 points on 39.4% shooting from the field for Purdue Fort Wayne this season. Second on the team with 12.1 points is Bobby Planutis, and third with 9.9 points is Damien Chung Qui. Kpedi leads the team with 8.2 rebounds per game and averages 6.2 points.

IUPUI returns home Thursday night riding a four-game skid following a seven-point loss to Robert Morris as one of the lowest-ranked teams in the country. In the loss, IUPUI scored 70 points, including 41 in the second half on 46.2% shooting, but committed 17 turnovers. IUPUI struggled defensively as Robert Morris poured in 77 points after a 44-point first half on nearly 49% shooting. With 13.2 points on 49.1% shooting and 2.8 assists per game, Jlynn Counter leads the IUPUI offense this season. Only Bryce Monroe scores in double figures, while Vincent Brady II contributes a third-highest 9.8 points per game. Combined with his 9.6 points and 6.3 rebounds, Chris Osten leads the team in rebounding.

Our prediction: Jaguars 48 to Mastodons 86. 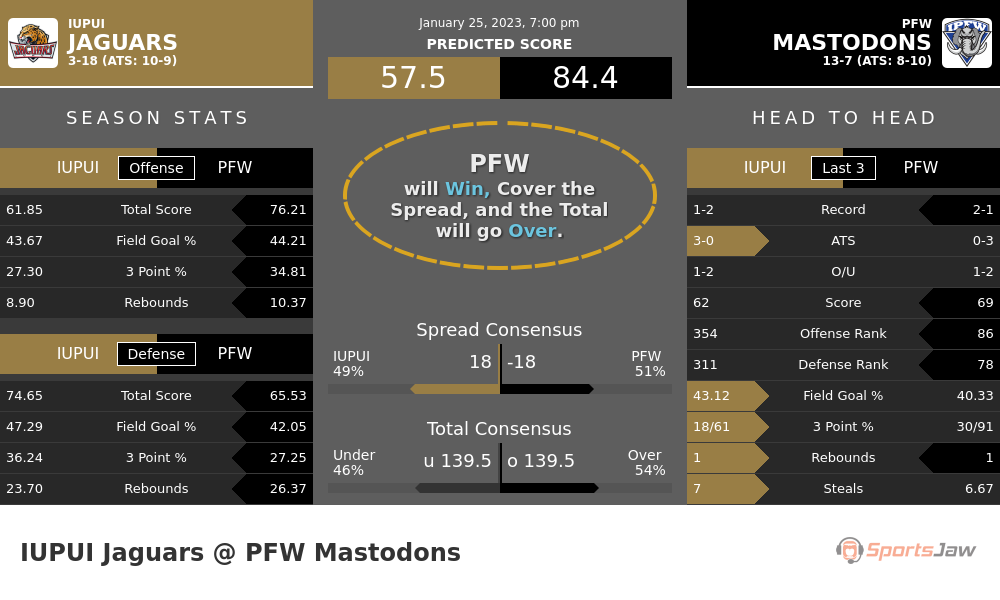 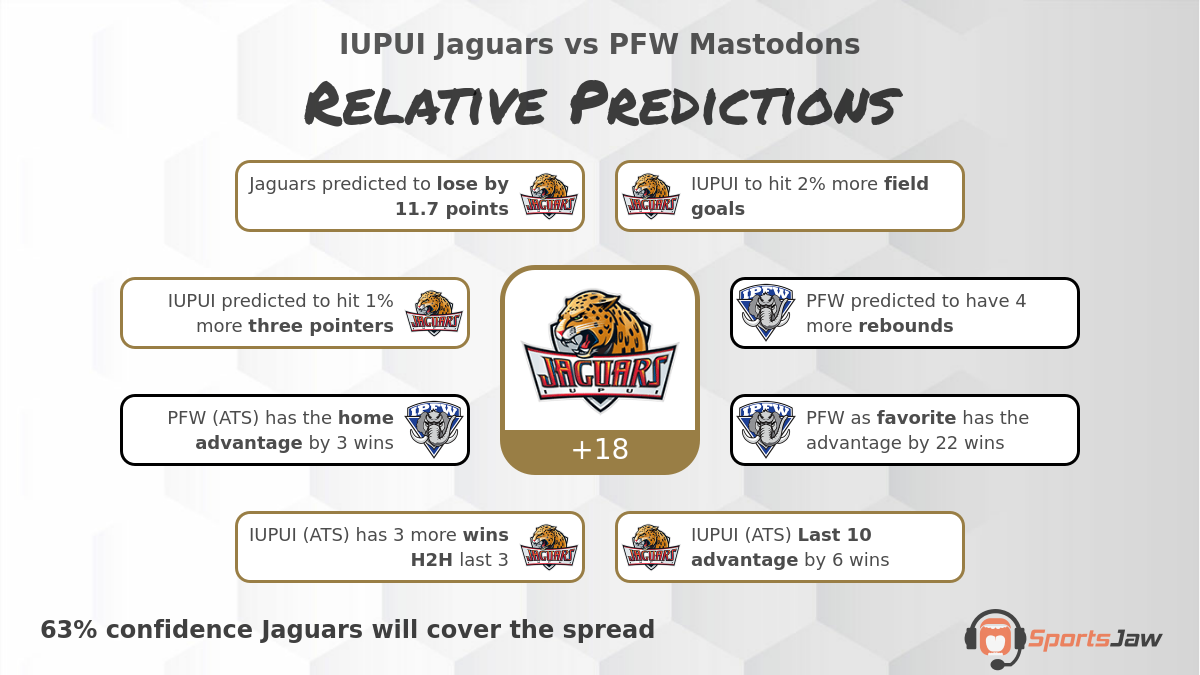 After crunching 8 relative data points, our relative predictions model has a 63% confidence Jaguars will cover the spread - view the IUPU-Indianapolis vs IPFW infographic for details on this prediction.