The Fordham Rams and St. Bonaventure Bonnies will face off in New York on Wednesday night as they square off in the Atlantic 10 Conference. Fordham has a 15-4 overall record, but their conference record is just 3-3. Despite a 10-10 record, the Bonnies are 4-3 in the Atlantic 10. The opening tap will take place at 7:00 p.m. Eastern Standard Time.

A team of road warriors

Having already won 15 games this season, the Fordham Rams have shown toughness in the Atlantic Ten with some quality wins. The Fordham Rams defeated Duquesne 65-58 on the road on Saturday. Since 2007, Fordham has not won consecutive Atlantic 10 road games. As a result, Fordham is now .500 in league play for the first time since 2007. Khalid Moore led Fordham with 19 points and seven rebounds. In the second half, Darius Quisenberry scored 12 points, including 14 in the first half. Just 18% of Duquesne's 3pt attempts were made by Fordham's defense.

In the middle of the pack

Based on their current record, the St. Bonaventure Bonnies are in the middle of the pack so far this season. In their last five games, the Bonnies have lost three of ten. As far as the Atlantic 10 standings are concerned, they are around the middle. Loyola Chicago dropped a winnable game against the Bonnies on Saturday afternoon, 67-55. As a team, St. Bonaventure shot 31 percent from the field overall and 4-of-22 from long range. Chad Venning led the Bonnies with 16 points.

A 9-1 record at home compared to a 0-7 mark on the road shows the Bonnies' ups and downs this season. In 20 years of A-10 play, Fordham hasn't won three straight road games. The Rams have struggled to protect the basketball, and those turnovers will come back to haunt them against a Bonnies team that plays well at home. Fordham is likely to struggle on defense and St. Bonaventure will take advantage of turnovers to pick up its 10th home win of the season. 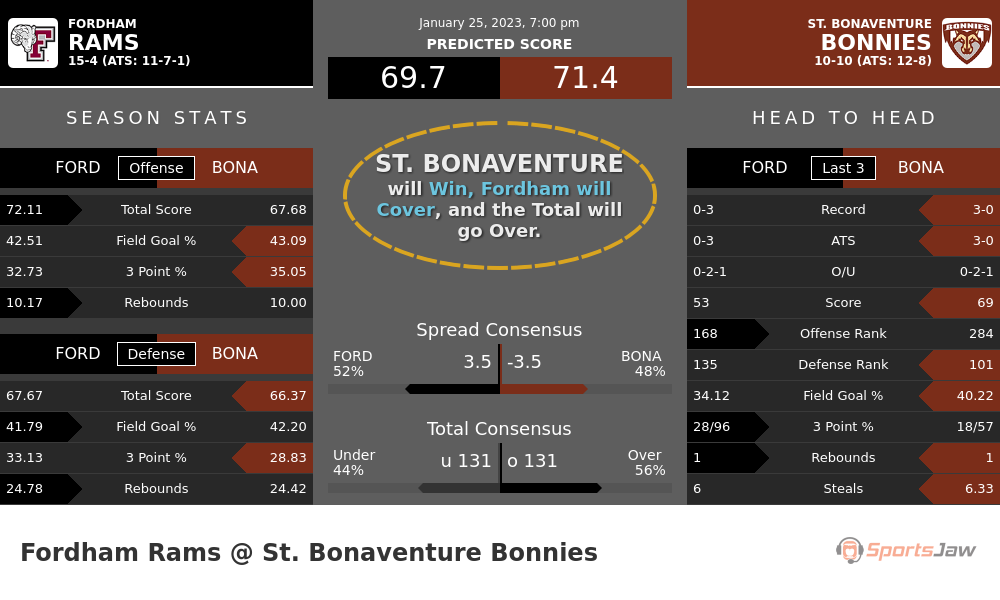 The Rams have a slightly better offense and both teams have a compariable defense. The Bonnies won more games straight up and against the spread over their last 3 matchups. Adjusted score predictions based on power rankings and strength of schedule: Rams 70 to Bonnies 71. 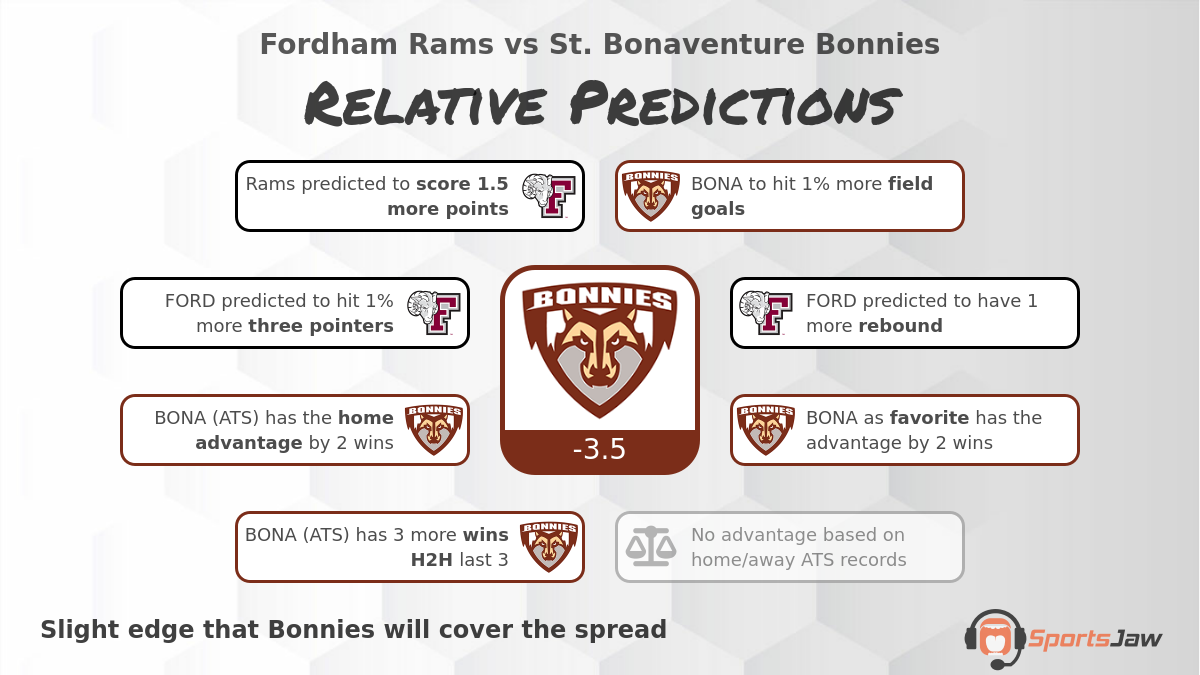 After crunching 8 data points, our relative predictions model has elected to not make a prediction on this game - view the Fordham vs St. Bonaventure infographic for details.