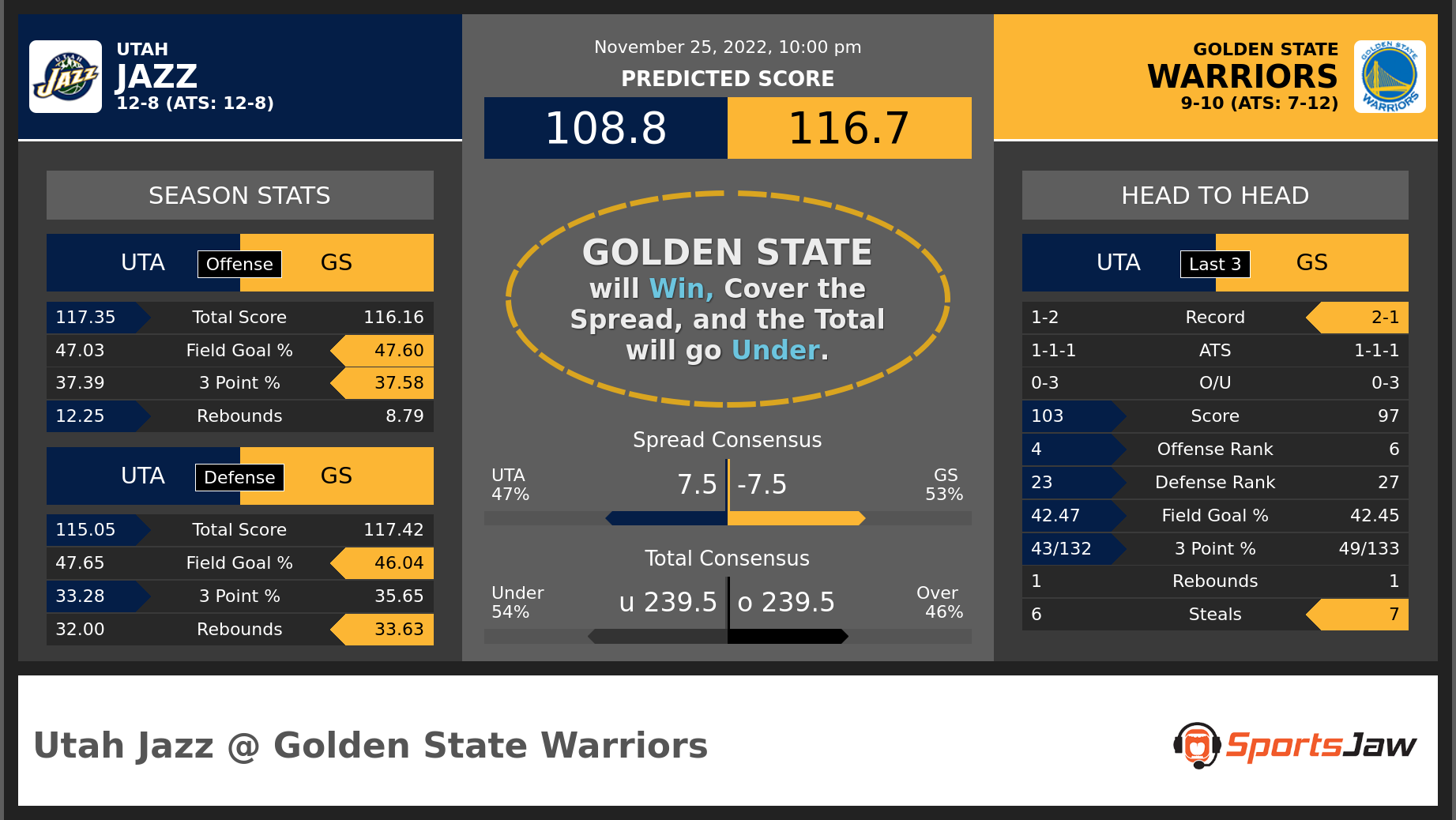 Adjusted score predictions based on power rankings and strength of schedule: Jazz 109 to Warriors 117.