Portland really missed the services of Damian Lillard in their last match which ended in a loss against the Cavs. He remains an absentee for this fixture too and the Blazers have had a lot of traveling to do recently which will definitely hamper their performance. I'm thus confident that the Knicks stand a chance to win this fixture and cover the spread. 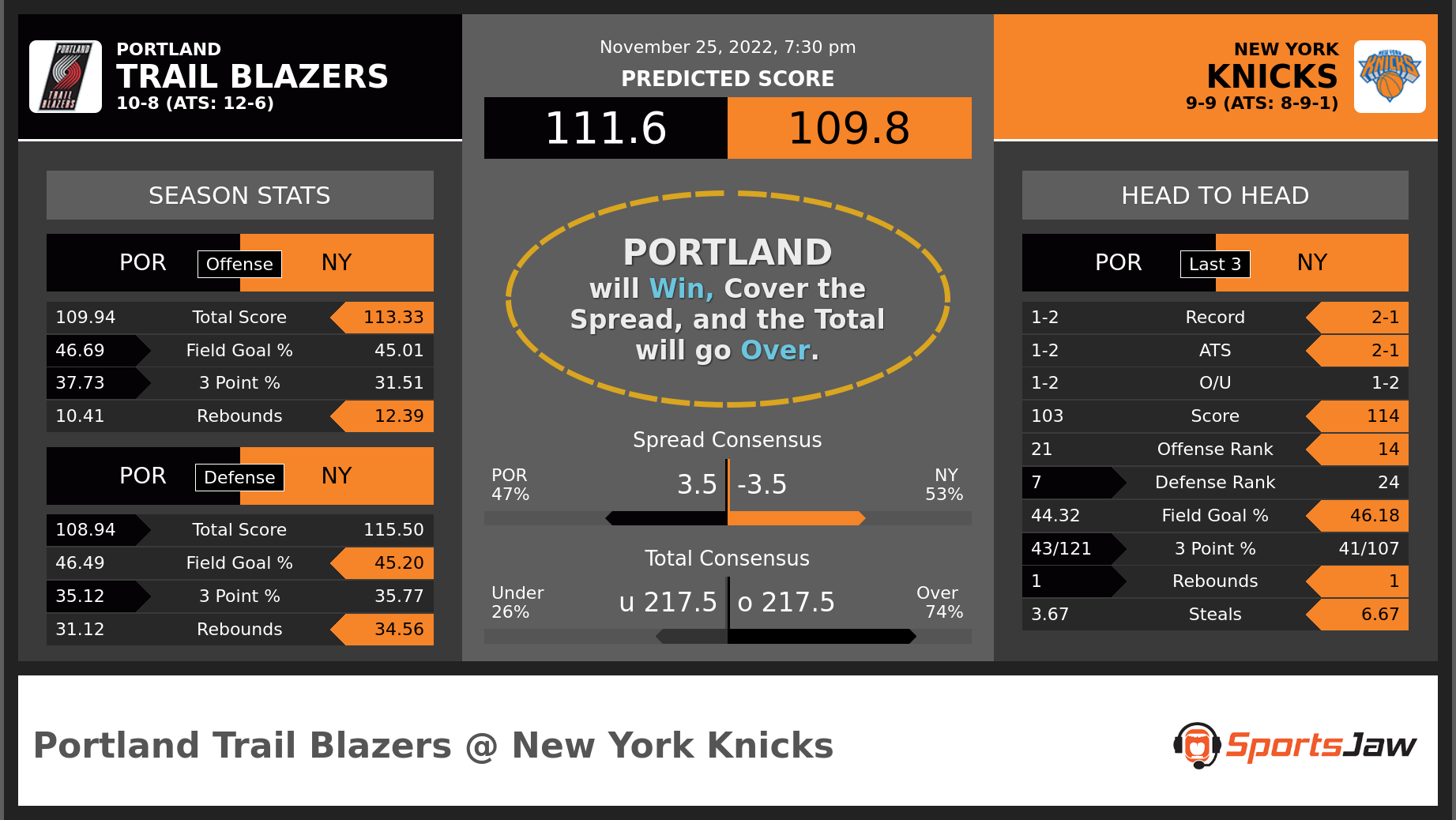 Adjusted score predictions based on power rankings and strength of schedule: Trail Blazers 112 to Knicks 110.