The Spurs come into this matchup really struggling, having lost 8 of their last 9 games. Keldon Johnson has been the Spurs most productive offensive player this year and lead San Antonio with 25 points in their last game. The Clippers come into this one having won their last 3 games. With everyone healthy and playing together, Los Angeles has begun to play their best basketball of the year. While I do expect the Clippers to win, I think the 12.5 points is much to many for them to cover. Take the Spurs to cover the +12.5.

The Spurs prefer to play fast, and have averaged close to 270 points (in losing efforts) in their last 2 outings. On the other side, the Clippers prefer to play at a slow pace. However, they won’t mind speeding up things against the Spurs’ terrible defense. Last Friday, the Clippers beat the Spurs in a proper high-scoring affair in San Antonio, 131-126. LA just dropped 133 points on the Lakers, who also love to pick up the pace, so I’ll go with the over on the totals. One concern is SA fatigue on the second day of a back-to-back, but still like the OVERS trend here with this matchup. 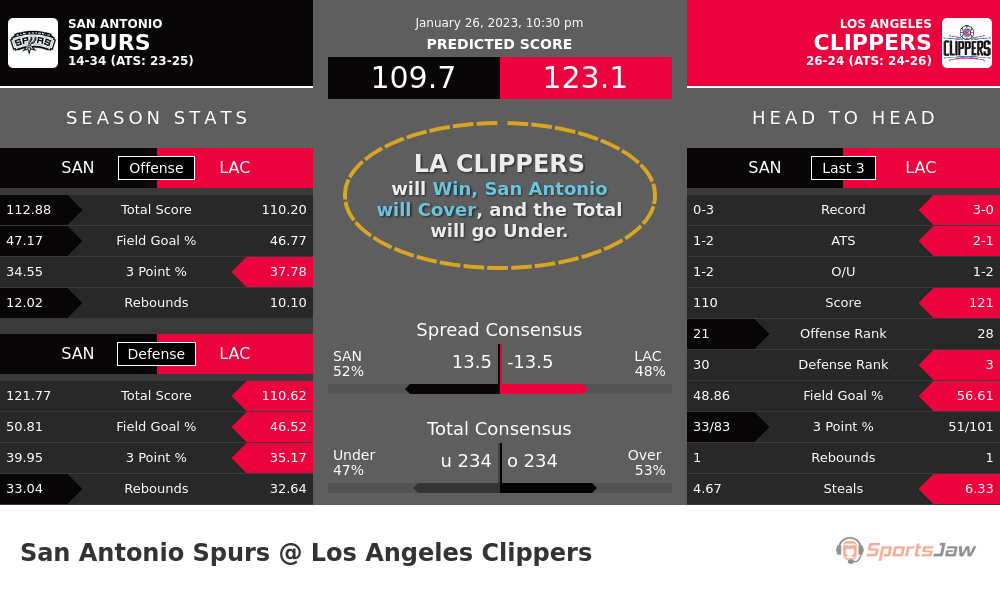 Both teams have a compariable offense and the Clippers have a significantly better defense. The Clippers won more games straight up and against the spread over their last 3 matchups. Adjusted score predictions based on power rankings and strength of schedule: Spurs 110 to Clippers 123. 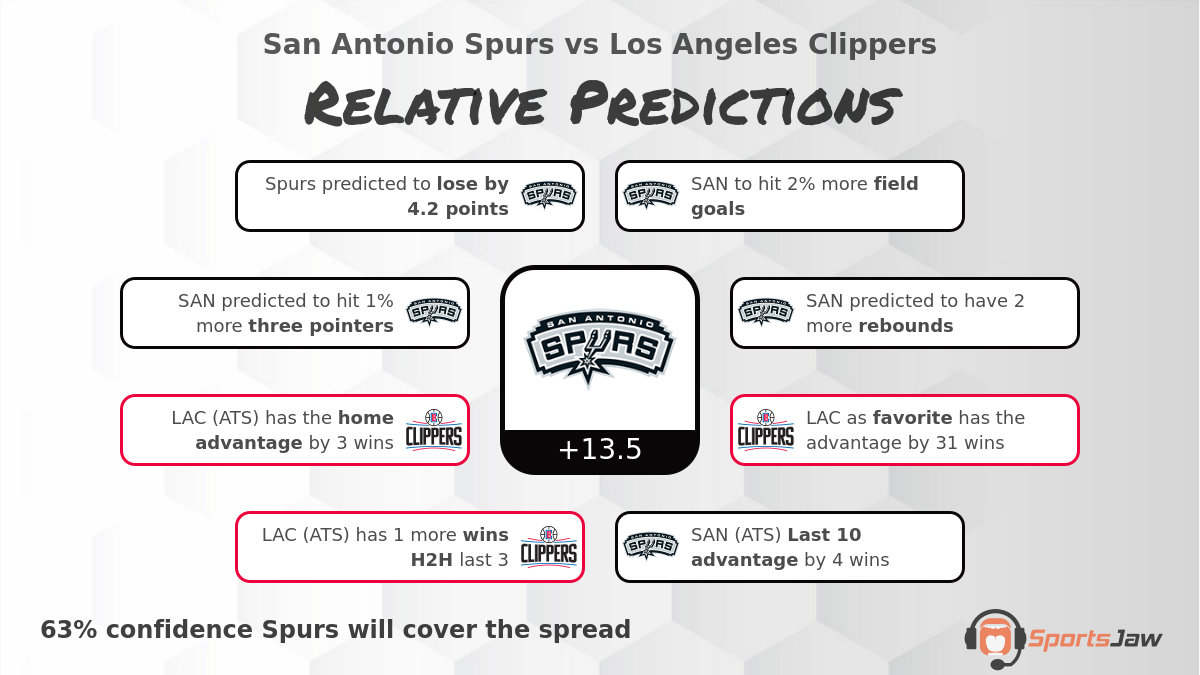 After crunching 8 relative data points, our relative predictions model has a 63% confidence Spurs will cover the spread - view the San Antonio vs Los Angeles infographic for details on this prediction.