This should be a good matchup between 2 playoff hopefuls in the Eastern Conference. The Knicks are currently 7th in the Western Conference standings and have lost 4 of their last 5 games. New York is getting a huge contribution from free agent signing Jalen Brunson this season, averaging 22 points per game. The Celtics are currently 1st in the Eastern Conference standings but have lost their last 2 games. Jayson Tatum and Jaylen Brown have established themselves as one of the best duos in the NBA. With the Celtics playing at home, I expect them to take care of business and win this one and cover the 6.5 points.

Too many points here for teams that know each other well. Knicks also play well at home and are very well conditioned to keep up with the Celts. This is a great line. Make some $ I'd take this all the way down to +7 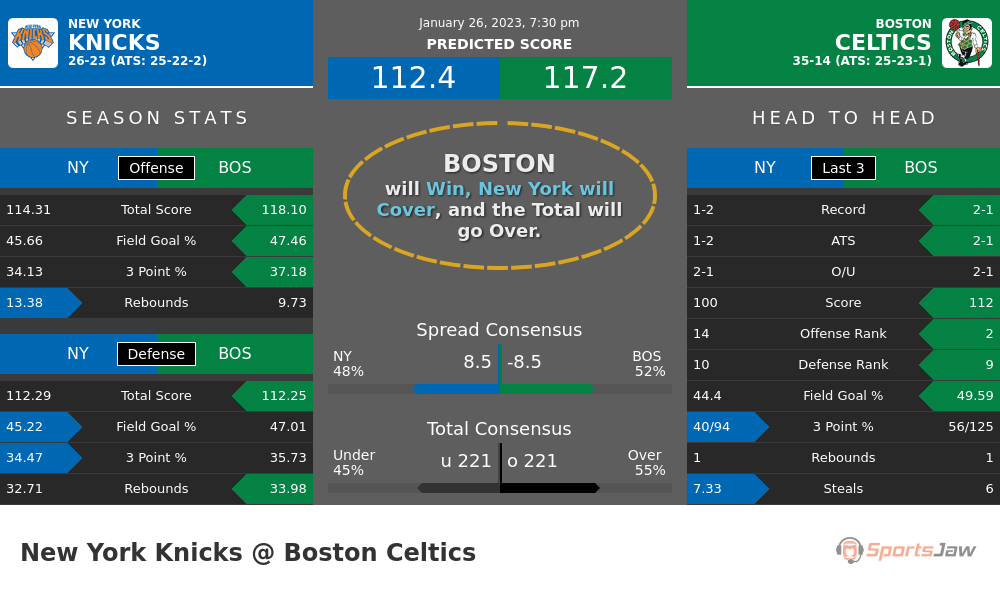 The Celtics have a slightly better offense and both teams have a compariable defense. The Celtics won more games straight up and against the spread over their last 3 matchups. Adjusted score predictions based on power rankings and strength of schedule: Knicks 112 to Celtics 117. 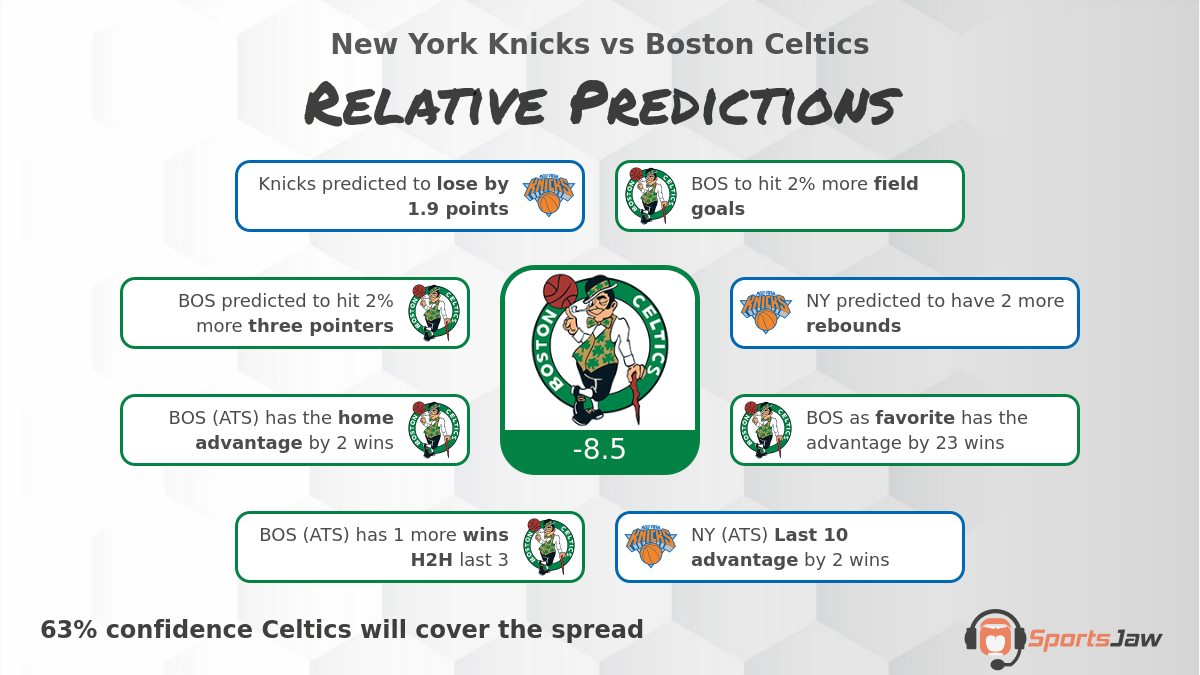 After crunching 8 relative data points, our relative predictions model has a 63% confidence Celtics will cover the spread - view the New York vs Boston infographic for details on this prediction.