Washington is on the road playing Houston at the Toyota Center stadium on Wednesday, 1/25/2023 @ 8:00pm EST. Washington -3.5 was the opening favorite and line hasn't moved.

The Wizards come into this matchup having won their last 3 games. Kyle Kuzma was Washington's leading scorer in their win over the Mavericks on Tuesday night. The Rockets are currently last in the Western Conference standings and have lost 13 of their last 14 games. Jalen Green is coming off a career high 42-point performance in Houston's win over the Timberwolves last time out. The Wizards have been playing decently as of late and with where the Rockets are as a team right now, I expect the Wizards to take care of business and win this one and cover the 3.5 points.

Porzingis questionable for this game and I don't think he plays. The are the worst team in the NBA, and they have no problems holding that title, considering they are in a blatant rebuild in order to get the top pick in next year’s draft. I think Hachimura will have similar success and will get a ton of run since Porzingis is likely to sit this game. 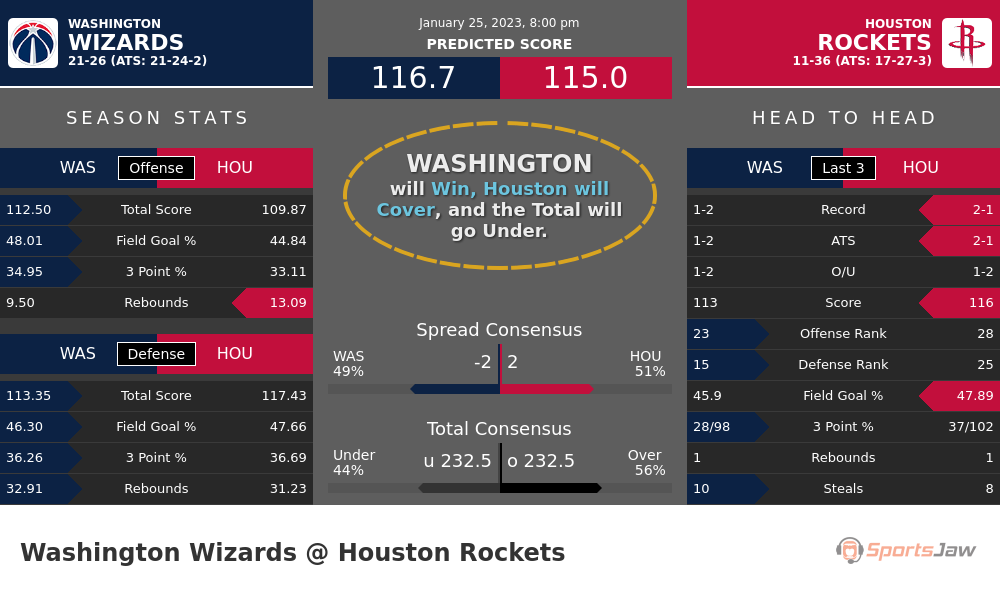 Both teams have a compariable offense and the Wizards have a slightly better defense. The Rockets won more games straight up and against the spread over their last 3 matchups. Adjusted score predictions based on power rankings and strength of schedule: Wizards 117 to Rockets 115. 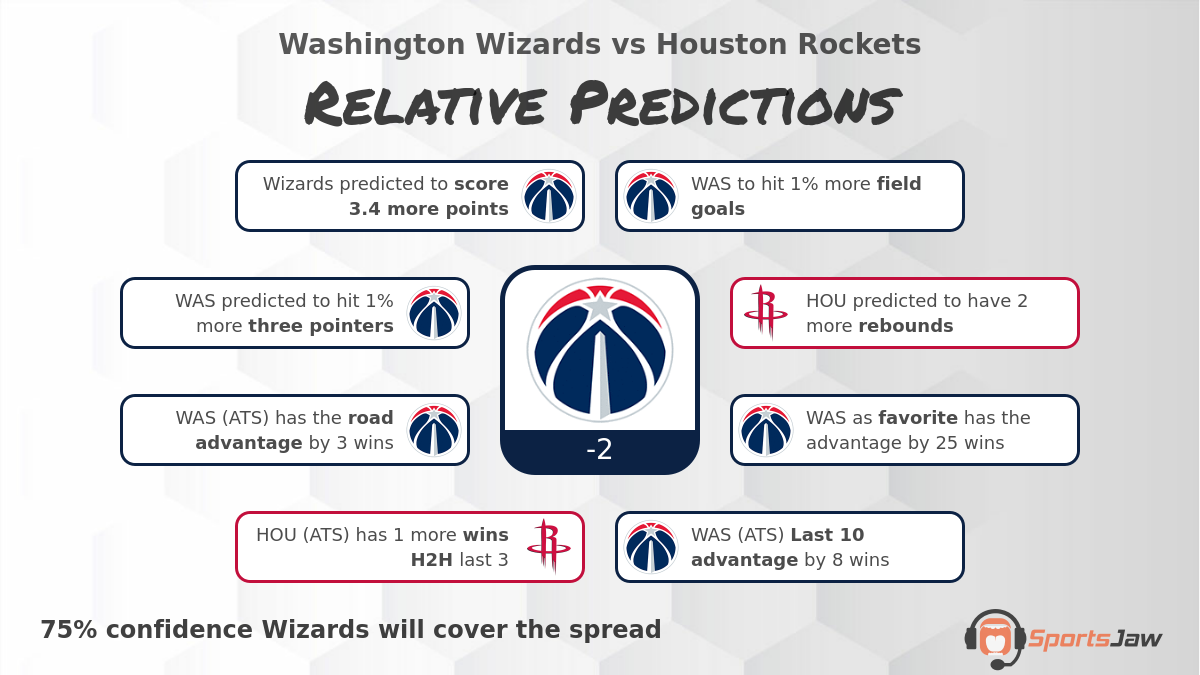 After crunching 8 relative data points, our relative predictions model has a 75% confidence Wizards will cover the spread - view the Washington vs Houston infographic for details on this prediction.