Atlanta is on the road playing Oklahoma City at the Paycom Center stadium on Wednesday, 1/25/2023 @ 8:00pm EST. Atlanta -1 was the opening favorite and current line is Oklahoma City -1.

The Hawks come into this matchup having won 5 of their last 7 games but having lost their lost 2. After a heart-breaking loss to the Hornets on Saturday, the Hawks lost again to the Bulls on Monday. Trae Young, while scoring the ball at a high rate, is having the worst shooting season of his career. The Thunder come into this one having won 5 of their last 6 games. Shai Gilgeous-Alexander has broken out this year as one of the NBA’s brightest young stars. Despite this being a home game for Oklahoma City, I see Trae Young having a bounce back game in this one and carries the Hawks to the win on the road, covering the +1. 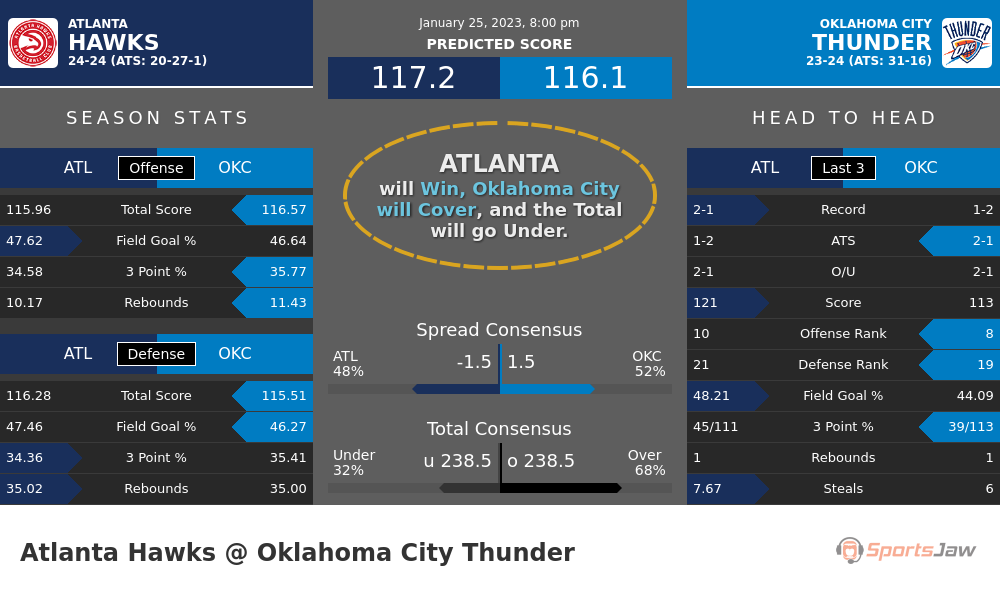 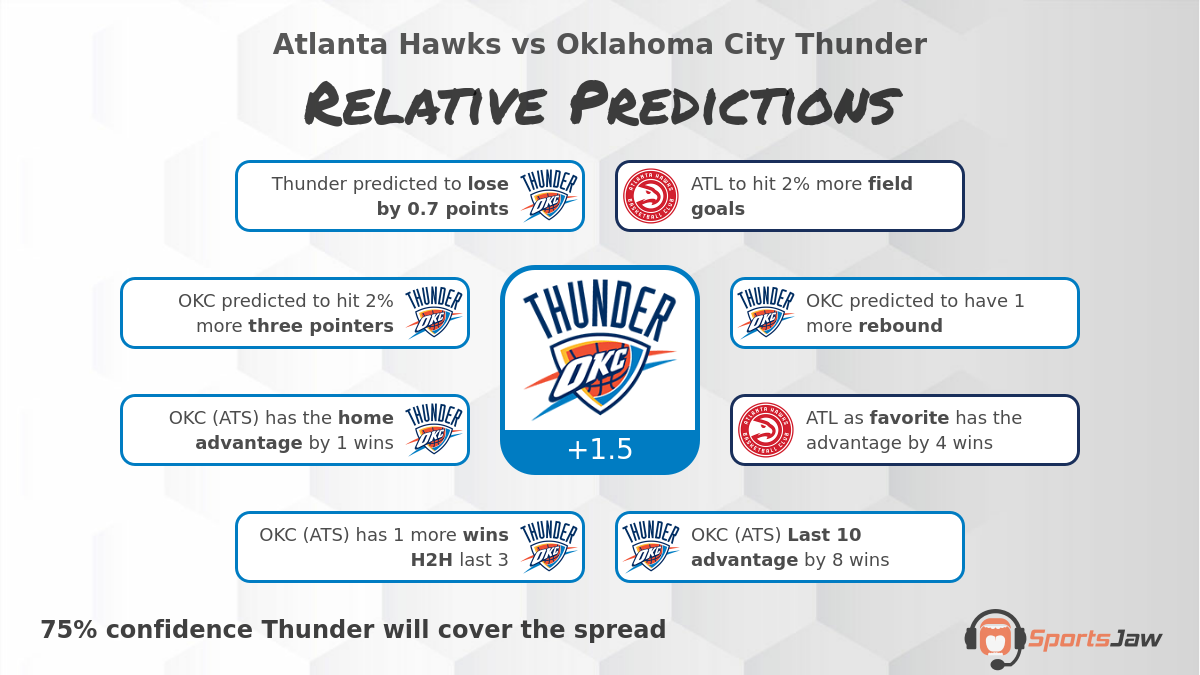 After crunching 8 relative data points, our relative predictions model has a 75% confidence Thunder will cover the spread - view the Atlanta vs Oklahoma City infographic for details on this prediction.