Minnesota is on the road playing New Orleans at the Smoothie King Center stadium on Wednesday, 1/25/2023 @ 8:00pm EST. New Orleans -3.5 was the opening favorite and current line is New Orleans -2.

The Timberwolves come into this matchup having won 2 of their last 3 games. They lost last time out, however, and were led by Anthony Edwards who scored 31 points. The Pelicans come into this matchup on a 5-game losing streak. New Orleans struggles began with the injuries to Zion Williamson and Brandon Ingram. The Pelicans are struggling but I expect them to defend home court in this one. Take New Orleans to win and cover the 2 points. 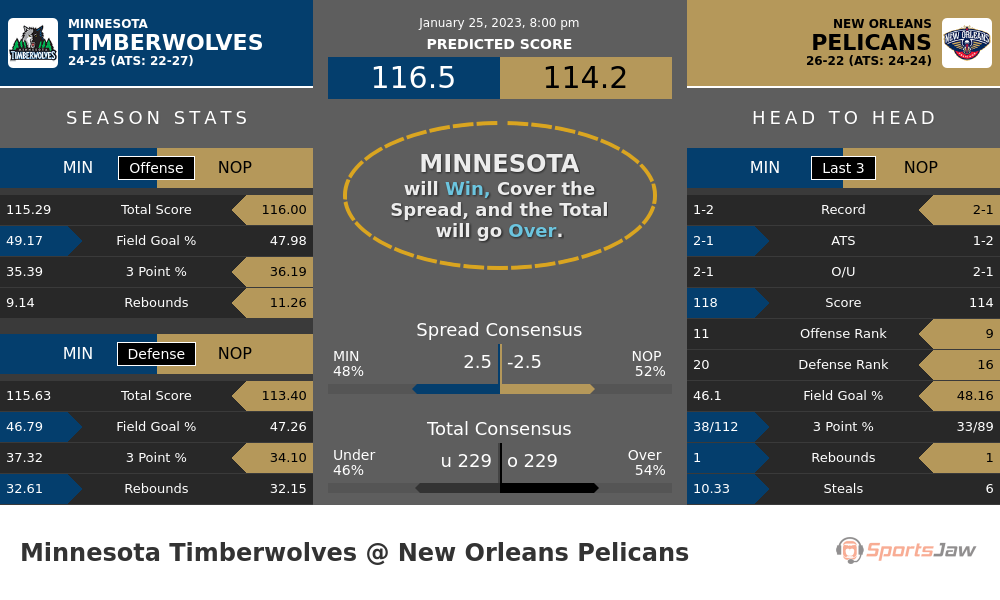 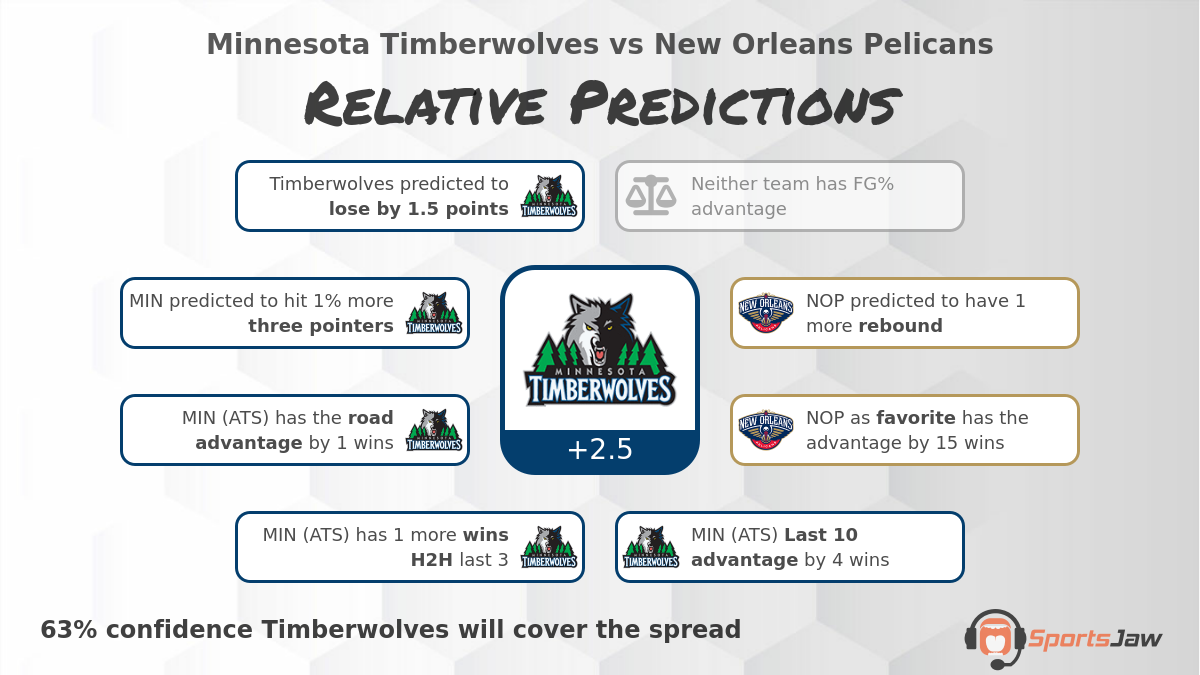 After crunching 8 relative data points, our relative predictions model has a 63% confidence Timberwolves will cover the spread - view the Minnesota vs New Orleans infographic for details on this prediction.