Indiana is on the road playing Orlando at the Amway Center stadium on Wednesday, 1/25/2023 @ 7:00pm EST. Orlando -4.5 was the opening favorite and current line is Orlando -5.

The Pacers come into this one off of a win last time out that broke their 7 game win streak. Bennedict Mathurin was the leading scorer for Indiana last night, with 26 points vs the Bulls. The Magic come into this one having won 2 of their last 3 games and are coming off of a win last time out. Paolo Banchero looks like the leading candidate for rookie of the year and is coming off of a 23 point performance in Orlando's win over the Celtics on Monday. The Pacers are the better team, but with Orlando at home, I expect them to win this one and cover the 5 points. 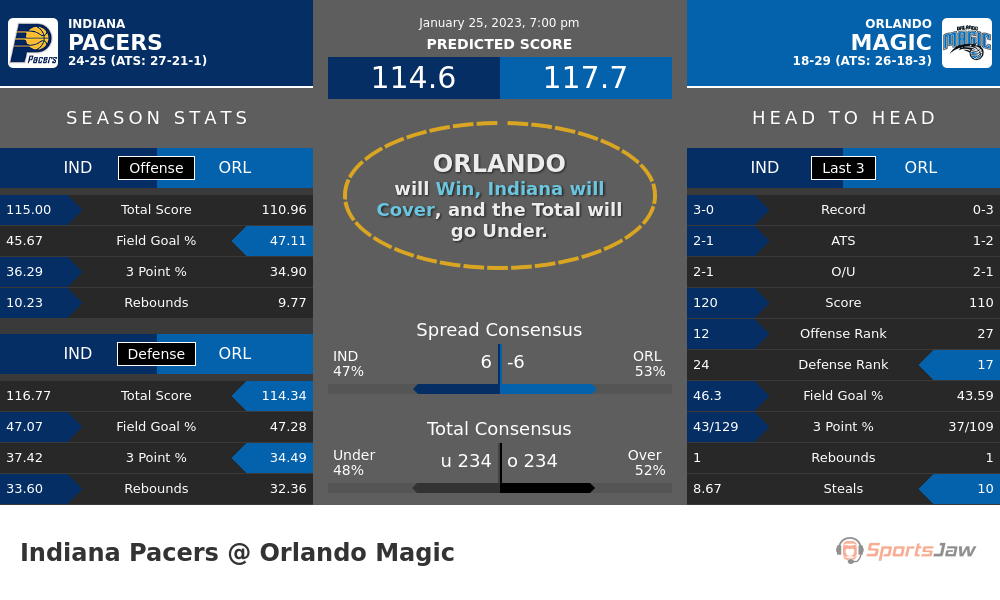 The Pacers have a slightly better offense and both teams have a compariable defense. The Pacers won more games straight up and against the spread over their last 3 matchups. Adjusted score predictions based on power rankings and strength of schedule: Pacers 115 to Magic 118.

Go change your bet to over if you want money 😆 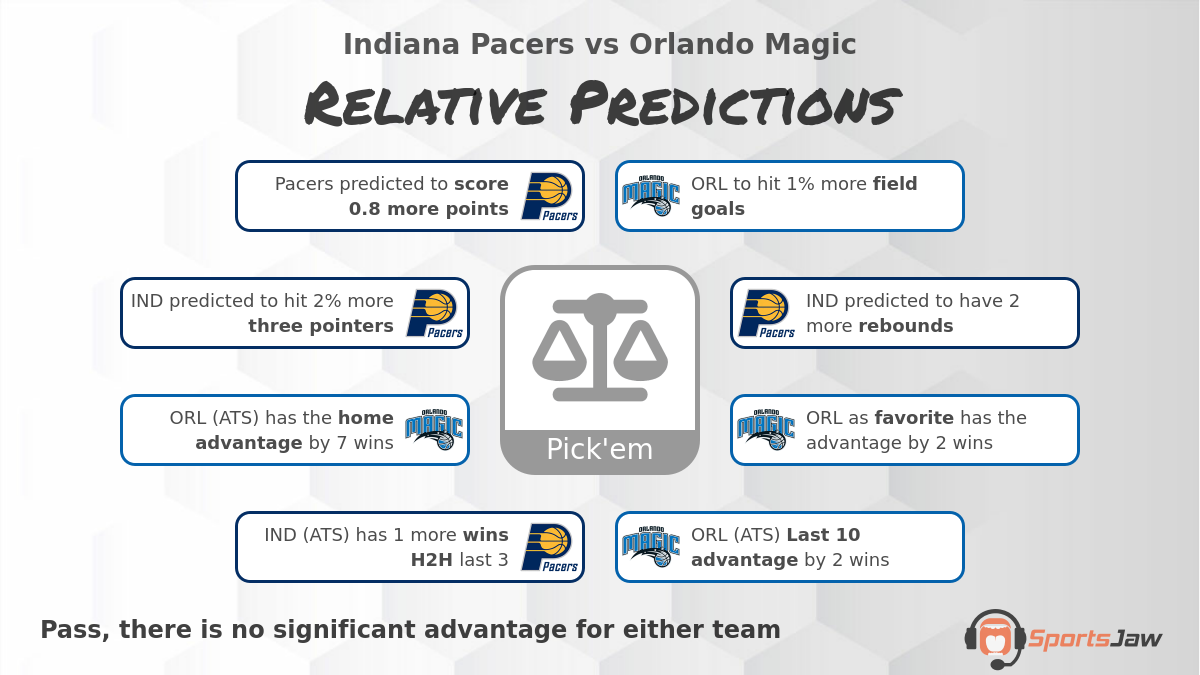 After crunching 8 data points, our relative predictions model has elected to not make a prediction on this game - view the Indiana vs Orlando infographic for details.