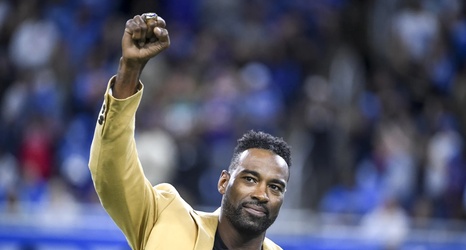 On Friday night, NFL Network debuted "A Football Life: Calvin Johnson," the latest installment of the network's documentary series highlighting the greatest players to ever play the game.

The show documented Johnson's rise to stardom, his ups and downs with the Detroit Lions and his struggles through injury. Of course, his sudden retirement took up a significant portion of the show, seeing as it shocked many people around the league.

Johnson took time out of the documentary to do something he never made the time to do when he first retired back in 2016: take a minute to address his fans and the fans of the Detroit Lions.