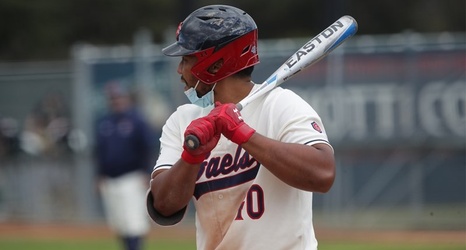 MORAGA, Calif. -- Saturday afternoon marked the penultimate game of the WCC season for Saint Mary's Baseball, and a chance to get back even against the LMU Lions. After dropping the series opener on Friday, Saint Mary's again took an early lead against the Lions into the middle innings, but for the second day in a row, the Gaels were unable to hold that lead and it led to an LMU win with a 6-4 final. LMU secures the series and is now 18-27 (11-12) while Saint Mary's drops to 22-24 (10-16) overall.

BAD TO THE BONE
When Christopher Campos pitches at home, he warms up to "Bad To The Bone" by George Thorogood.