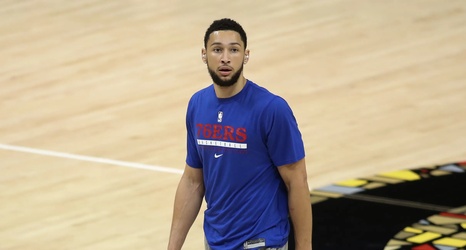 According to Jake Fischer of Bleacher Report and confirmed to Liberty Ballers by a source, the Philadelphia 76ers will not pay Ben Simmons the 25 percent of his salary owed to him Friday, per the terms of his contract. Simmons previously received the initial 25 percent of his salary for the 2021-22 season. Oct. 1 is the day he's due the second 25 percent, which is roughly $8.25 million.

Fischer writes, "Philadelphia views Simmons' refusal to report to training camp as not fulfilling the terms of his contract. In dialogue with league-office personnel and players union officials, the Sixers appear to be within their rights to withhold that lucrative check.