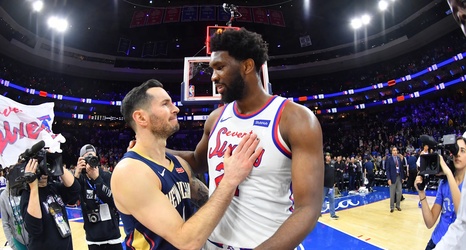 As you probably heard, longtime NBA sharpshooter and former Sixer JJ Redick retired earlier this offseason. Redick has now fully shifted to his second career as a podcaster, devoting more energy to his The Old Man and the Three podcast. At a recent live taping of the show in Brooklyn, Redick said something to make some (presumably) Philadelphians in attendance cheer:

JJ Redick says his biggest regret in his NBA career is not coming back to Philadelphia pic.twitter.com/ajAGPu6alv

"You can't change an outcome, because an outcome is out of your control.