Off the Mark? Bulls must decide whether to move on from forward Lauri Markkanen 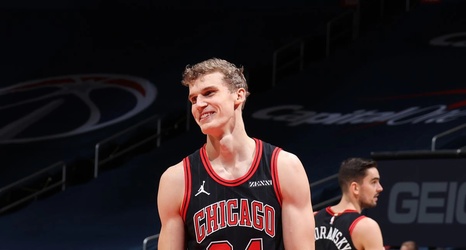 He has shown an ability to score from outside, attack the rim and even make midrange shots. Perhaps he hasn't shown it as consistently as expected, but he has shown it. There's no question he has weapons opposing teams have to game-plan for.

And no one in the league has defended Markkanen, who will be a restricted free agent this offseason, harder than Bulls executive vice president of basketball operations Arturas Karnisovas. He did so before the season started, after the trade deadline, then again after the regular season ended this week.